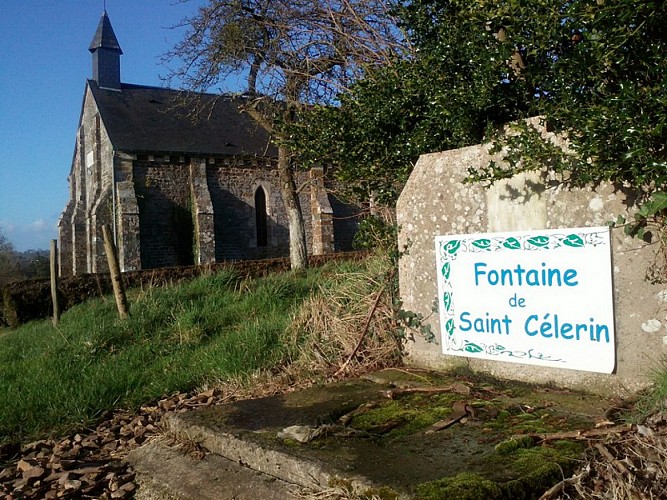 According to local belief, William the Conqueror, then Duke of Normandy, flayed Baron Grimoult there who rebelled against him. Washing his bloodied hands in the nearby Saint Célerin Fountain, he dropped his knife there, leaving the red color of his enemy's blood in the water. Go take a look, you will see ...!
In fact, the water in the fountain is colored by the iron present in large quantities in the soil of the region, and that's where the name of the village comes from: Roucamps, which comes from "red field" .
Since ancient times, this source has been revered by the local population. It is claimed that the water from the fountain has healing properties for the skin and the eyes, and it would help children to walk quickly ... Saint Célerin would have, during his lifetime, looked after a number of infants of a particular form. impetigo of the scalp called "Saint Celerine sickness".
Dedicated to Saint Célerin since the Middle Ages, the chapel of the same name was established during its foundation at the foot of the source to Christianize the place.