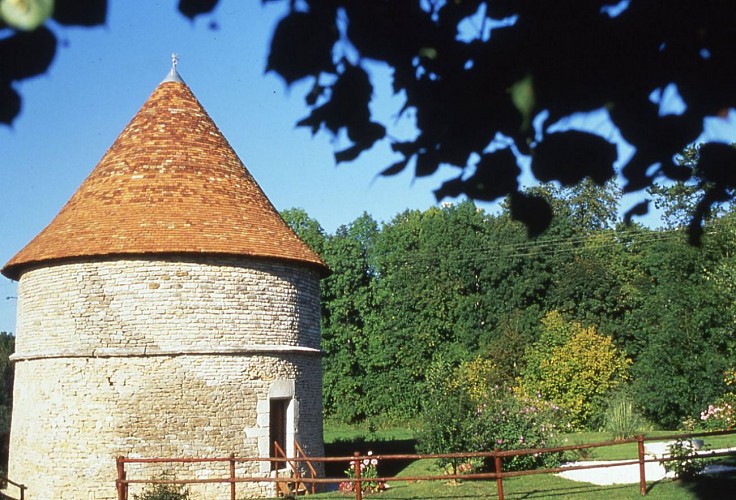 The visit of the dovecote at a place called "the barnyard", shows us that we are on the site of the medieval farm (disappeared) Castle Champenois which dominates the other side of the Suize, in the countryside. It is a so-called "foot dovecote" which happily crossed the Revolution (while it is usually the first symbol of feudalism that was destroyed), which is probably not earlier than the XV-XVI century , unlike the tourist signs installed around the village ("Colombier twelfth century").

This dovecote, however, remains of a medieval model, without a low hall, with the holes of boulins starting from the base of the walls (hence its name "foot dovecote") representing a total of 1491 boulins. It corresponds to a half-timbering right - or privilege - of the chatelain, who must be possessor of the taxes of his lordship or lands (in principle two arpents per boulin according to the Custom of Paris).

It will be noted that the few lower rows of the boulins were closed by a smooth coating at an unknown time (146 fillets closed); no doubt to prevent the rodents from plundering the nests; a detail that comes in addition to the external drip (or radiant) placed at mid-height, for the same use and the single top skylight, oriented to the east, allowing the flight of the pigeons (with shutter closing in period of sowing).