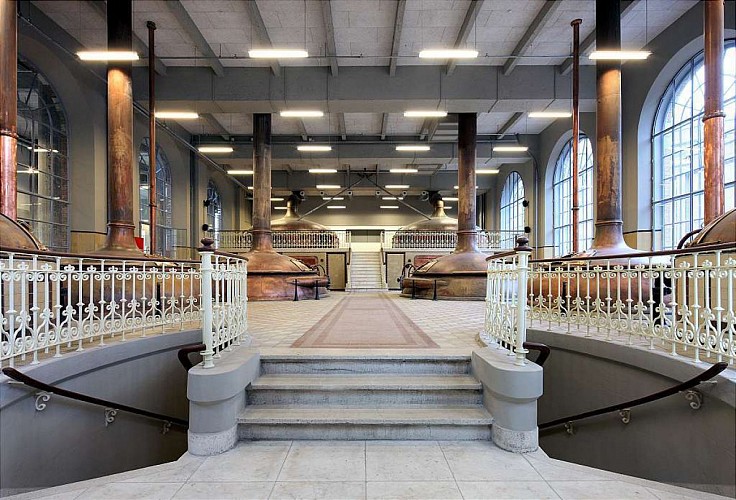 De Hoorn is a former brewery in Leuven where in 1926 the beer Stella Artois was created.
It is a gem of industrial heritage, designed and built in reinforced concrete in 1922-23 by the well-known L. Monnoyer & Son. In 1949 architect P. Stevens restored and extended the building. In then 1970s and 1980s beer production moved to a new location and all activity in De Hoorn came to an end. In 1997 the building was listed as a historical monument

The building had stood empty for years when in 2007, seven local entrepreneurs from different creative and cultural organisations bought this protected monument to convert it into an urban creative hub. The project aimed to restore the buildings historic importance by injecting a new and complementary program in its conscientiously conserved and restored setting. The project was completed in November 2012 and all 220 workplaces for creative minds were occupied from the start. We accommodate both big established companies as small emerging creative companies in our incubator program. We host 250 events per year and we have a ‘Grand Café’ that works with the principles of social economy.

The Conversion of 'De Hoorn' into a creative hub won a 2016 Europa Nostra Award / European Union Prize for Cultural ,Heritage