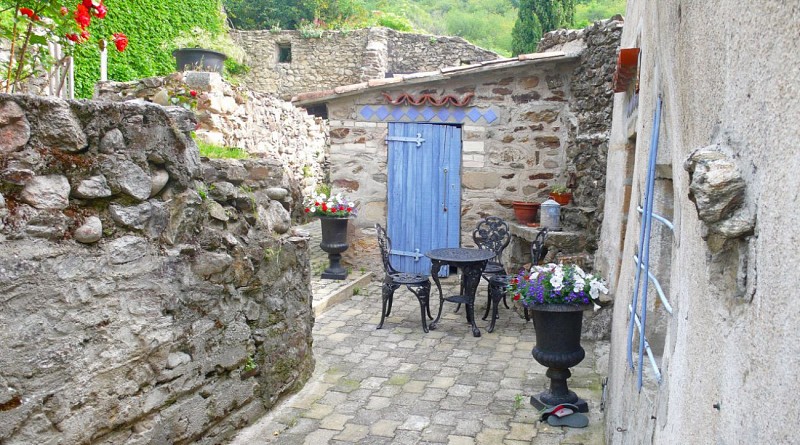 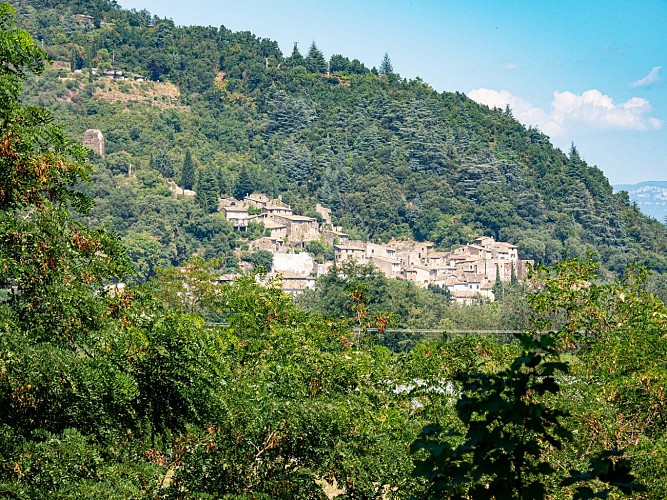 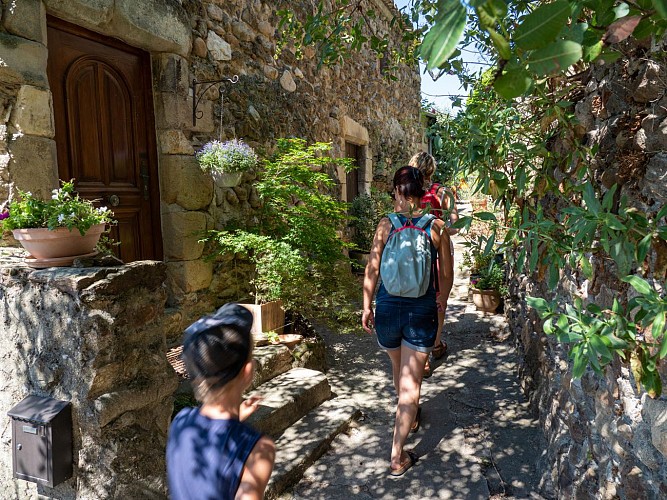 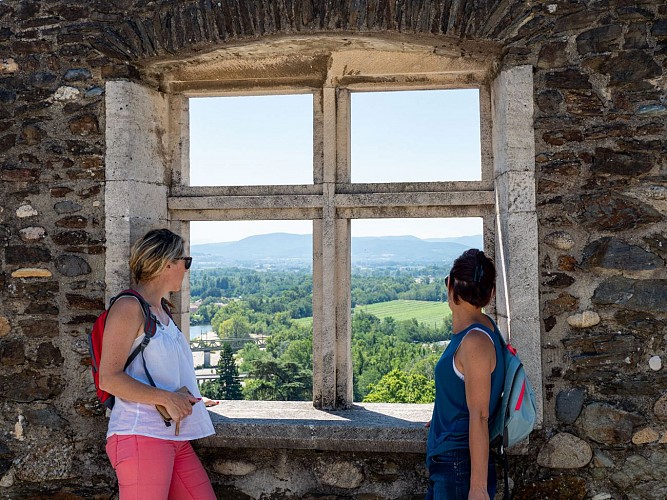 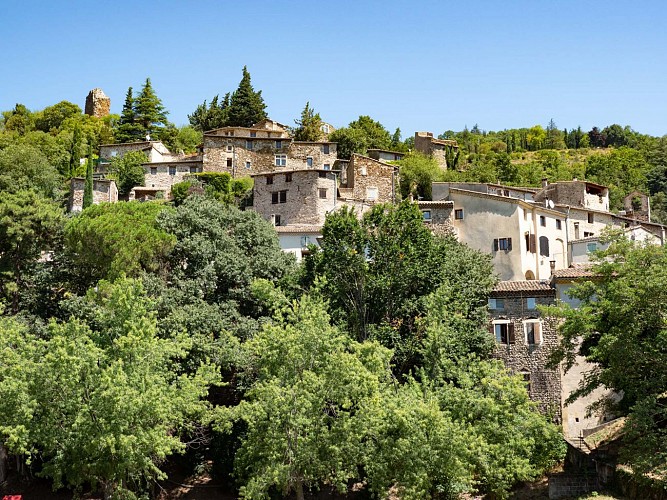 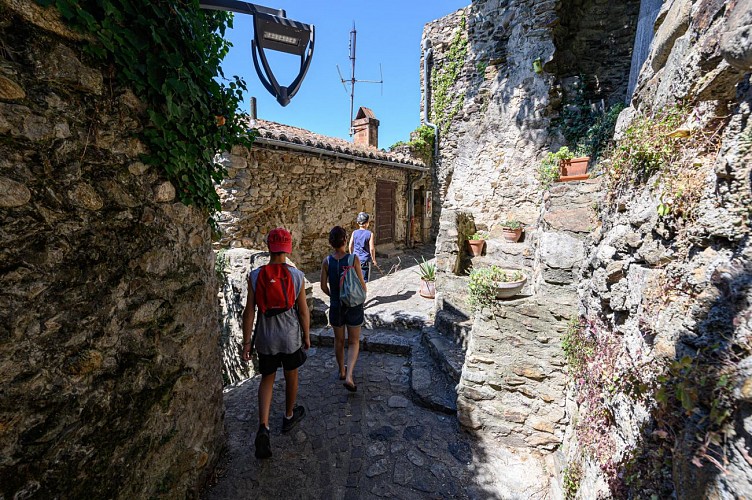 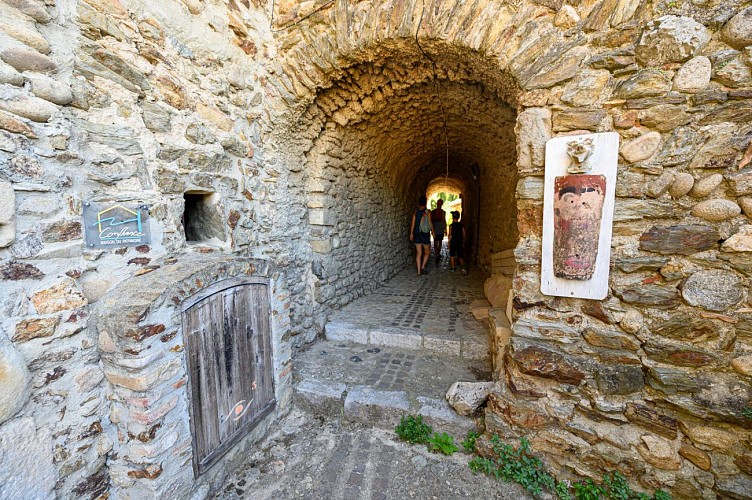 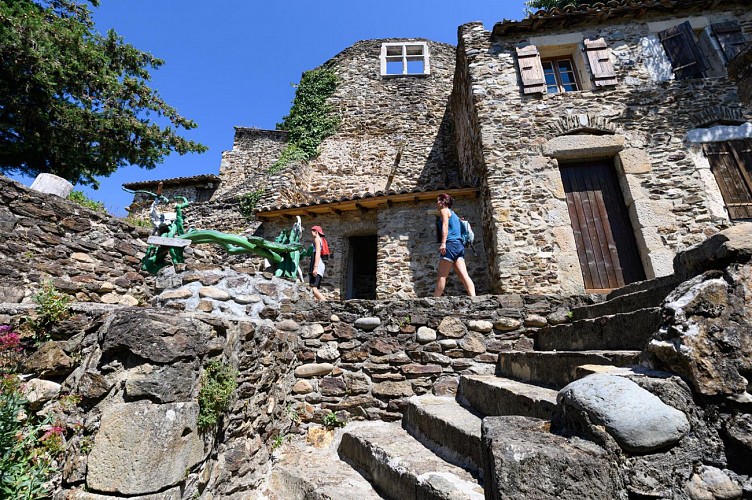 Beauchastel : a village with outstanding character

The old village of Beauchastel clings to a rocky outcrop and towers over the meeting point between the Rhône and Eyrieux. It is laid out at different levels under the dungeon and, like so many medieval towns, was protected by a city wall.
Grand'rue (main street), the former royal road, went up through the Eyrieux valley at a respectful distance form the impetuous river.
In the early 20th century, it was the business district of the village. The number and diversity of shops and workshops revealed the importance of Beauchastel: 800 people lived here in 1901! The village was also the venue for fairs four times a year. All occasions for the entire region to engage in trade.

The theatre : The Catholic cemetery was found here until 1980. Today this remarkable environment is used as a stage for all the artists performing throughout the summer season: concerts, theatre etc.

The dungeon : Bellum Castellum, (beautiful castle) was first mentioned in 1179. Today, the ruins isolated from the square dungeon dominate the old village. The building that dates back to the 12th century has no visible opening. Nothing remains of the wall or other buildings that accompanied this tower at the beginning of the 17th century. The castle was already then described as ruined.

A sculptor : From 1905 to 1944, Alphonse Gurlhie, lived in Beauchastel. Practicing an atypical popular expressive art, this unusual person made a garden exposing his "totem poles" that feature a colourful bestiary that prefigures "art brut".