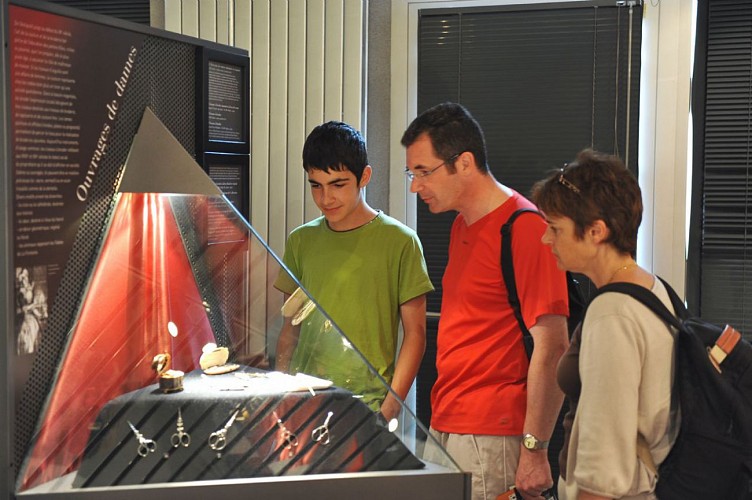 "It's a beautiful knife ... but it's a Nogent!" Exclaims the character of Roubaud in the film "The Human Beast" by Jean Renoir (1938).

This means that the town of Nogent - the Nogent-en-Bassigny appellation has not been used since 1972 - has acquired a solid reputation, since its name alone is enough to identify quality cutlery; finesse and diversity characterize this world-renowned cutlery, sought after by the largest French houses (Christofle, Hermès, etc.).

Created to honor an identity heritage, the Cutlery Museum presents, in a modern setting, the technical and social history of this traditional activity from the 18th century to the present day. Housed in an old cutlery, the museum also showcases new technologies, the fruit of traditional know-how that is now being renewed.