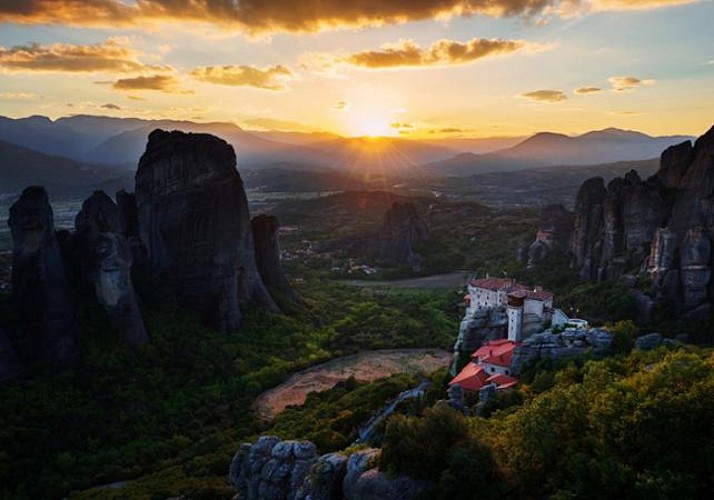 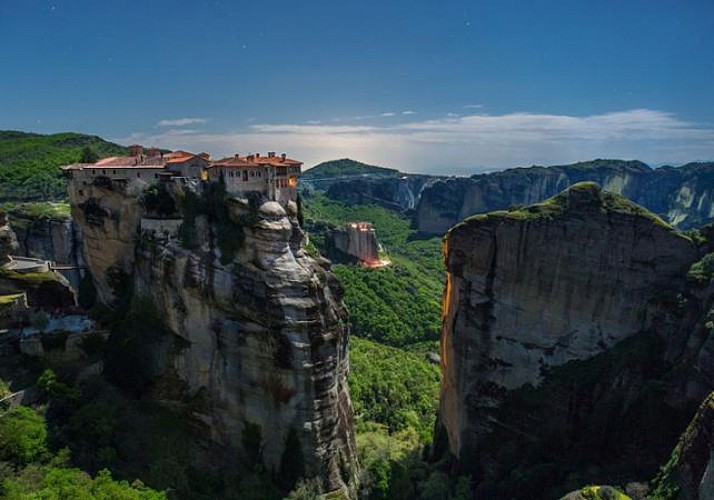 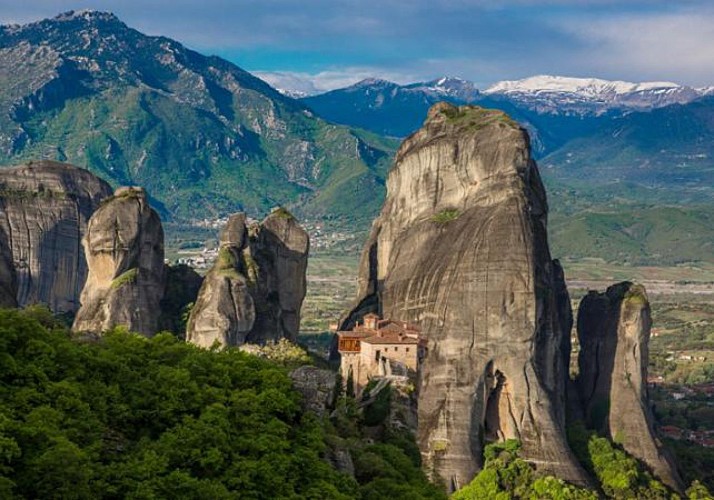 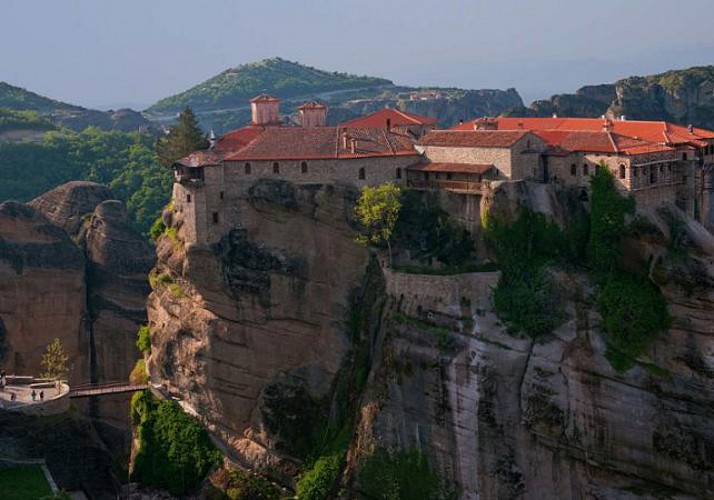 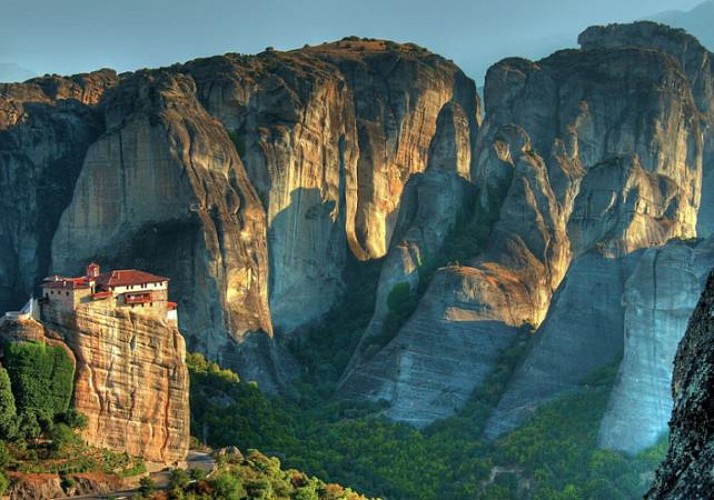 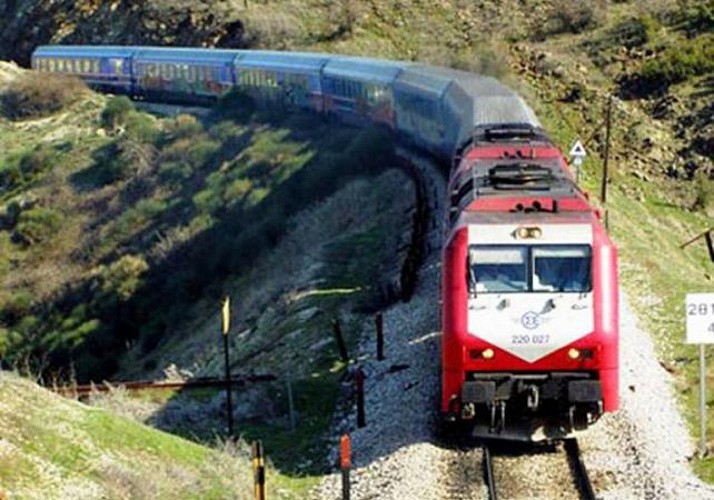 Full-Day Excursion to Meteora by Train – Departing from Athens

DO NOT MISS THE OPPORTUNITY TO VISIT THE CURIOUS MONASTERIES OF METEORA, PERCHED HIGH UP ON CLIFF SUMMITS, DEPARTING FROM ATHENS!

DO NOT MISS THE OPPORTUNITY TO VISIT THE CURIOUS MONASTERIES OF METEORA, PERCHED HIGH UP ON CLIFF SUMMITS, DEPARTING FROM ATHENS!
A UNESCO World Heritage Site since 1988, these Orthodox-Christian monasteries are located in northern Greece and date back to the period of antiquity. These “monasteries in the sky” got their name from the rock formations on which they were built. According to ancient lore, these rock formations were sent to earth from the sky.
To discover Meteora, take the train in the morning from the Athens railway station to the small village of Kalambaka. During your train voyage, admire the landscape of the Greek countryside.
In Kalambaka, your English-language driver will wait for you holding a sign with your name and will take you to the monasteries. For 4 hours, you will have the time to explore 3 monasteries at your own rhythm and learn more about their history. You will also discover the hermit caves of Badovas.
At the end of the day, return to Kalambaka where you will have time to wander the town, eat and buy souvenirs. But make sure to not miss your return train!

* Availability: Monday to Sunday (excluding exceptional dates)
* Times: Meeting point at Athens Railway station (Larissa train station)
Departs from Athens at 7:20am – arrive in Kalambaka at 11:30am – (Train journey)
Return: Departs from Kalambaka at 5:15pm – arrive in Athens at 9:25pm – (Train journey)
* You must take the train alone. In Kalambaka your driver will wait for you
* Your train tickets will be sent to your email inbox 2 or 3 days before the date the activity will take place. You must print out your tickets before departure time
* A detailed itinerary will be sent to you at the same time as your train tickets
* Admission tickets to the monastery are not included (3€/ person / monastery)
* The monasteries are generally open from 9am to 5pm. Certain monasteries close at 3pm
* Please note that the Great Meteor or Transfiguration Monastery is closed on Tuesday. It is one of the largest and most impressive of the monasteries