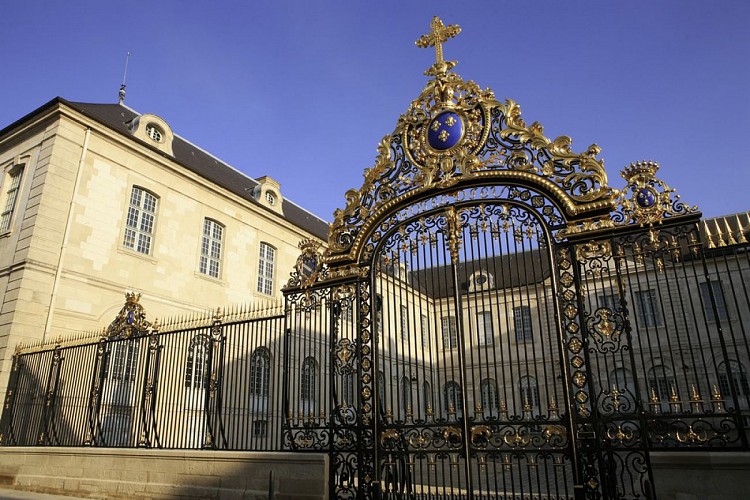 This building was previously called the Hôpital Hôtel-Dieu (general hospital). Built in the 12th century by Count Henry 1st “the Liberal” (1125-1181), it was also known by the name of Maison-Dieu-Saint-Étienne because it was located near the Saint-Étienne collegiate church and the chapel of the Counts of Champagne, which was built on the site of the current place du Préau. Unfortunately, this exceptional group of 12th century buildings was demolished to make way for the construction of the Upper Seine Canal in 1806.
The Hôtel-Dieu, rebuilt in the 18th century and then renovated and enlarged several times, was one of the largest of France.
The chapel was built on the foundation of the porte de la Girouarde (demolished in 1605), where the via Agrippa exited the city ramparts to the west, in the direction of Provins and Paris. Its façade has two sundials from 1764.
The grand main courtyard, surrounded on three sides by buildings with beautiful classic façades, is closed off by a magnificent Louis XV gate made in 1760 by Pierre Delphin and listed as a historic monument. Among the superb gold arabesques, there are escutcheons bearing the coats of arms of France and the city of Troyes under the crown of the Counts and notable donors of the 18th century.
Along the rue de la Cité, there is a fragment of an inscription in the wall : ENFA[NT], the only vestige of the « Tour des enfants trouvés », a sort of revolving door where abandoned babies could be left in the care of the hospital.
The Hôtel-Dieu remained in operation until 1988, but was listed as a historic monument as far back as 1885.