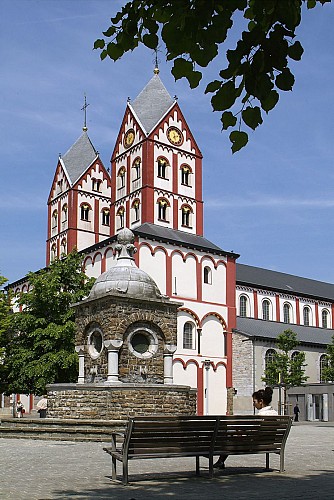 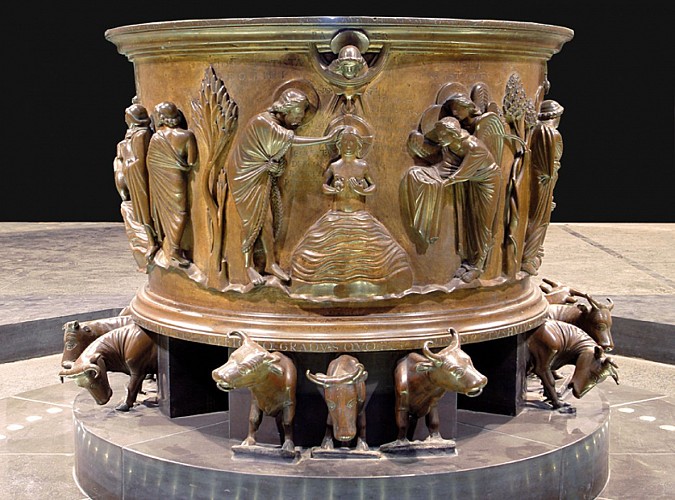 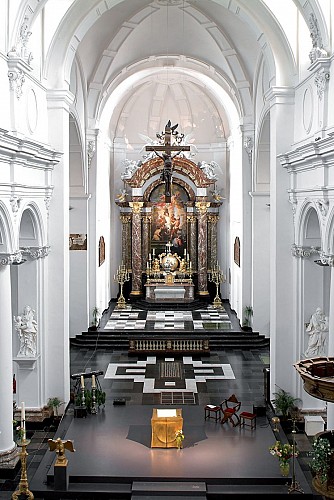 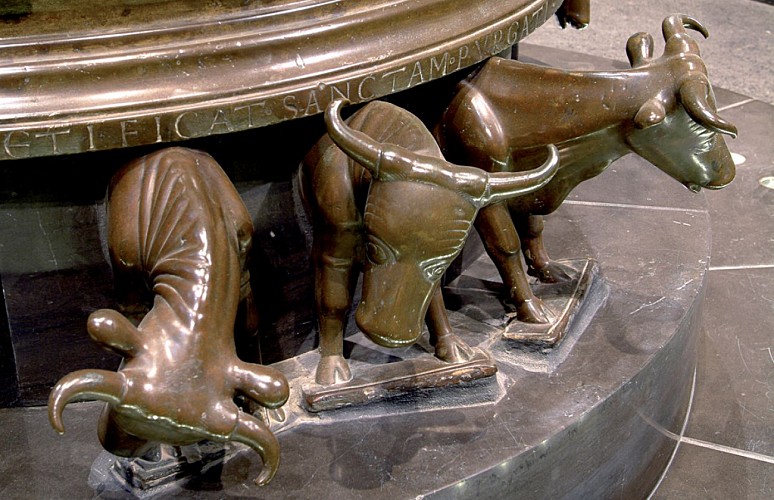 The exterior of this building made of coaly sandstone in the 11th and 12th centuries, was restored recently in its original style. Although it has been renovated several times, the Saint Bartholomew Collegiate Church has retained its Romanesque style throughout the centuries. The interior was refurbished in the 18th century in Baroque style. Also inside the church, the baptismal fonts of Saint Bartholomew are considered to be a masterpiece of early 12th century goldsmithery. Through the high quality of their reliefs and the skill with which they were made, they are often presented as one of the seven wonders of Belgium.