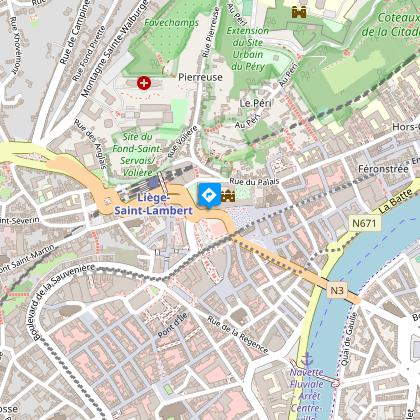 The palace of the prince-bishops is an exceptional architectural ensemble that is today occupied by the courts and provincial government. It obtained its current allure in 1526 thanks to Prince- Bishop Érard de la Marck. It is possible to make out two adjoining courtyards, of which only the first is accessible to the public. The sixty columns topped with richly decorated capitals depicting fantastical human figures and grotesque masks are all different. They pay witness to the movements of humanist thinking in the Renaissance as well as to the discovery of the New World. Devastated by a fire in 1734, the southern wing was re-built. In 1849, the western wing was added, built in a neo-gothic style, in order to house the provincial government.