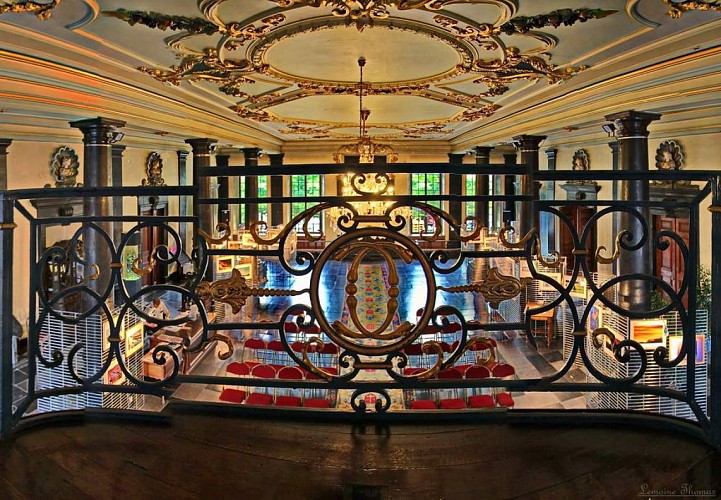 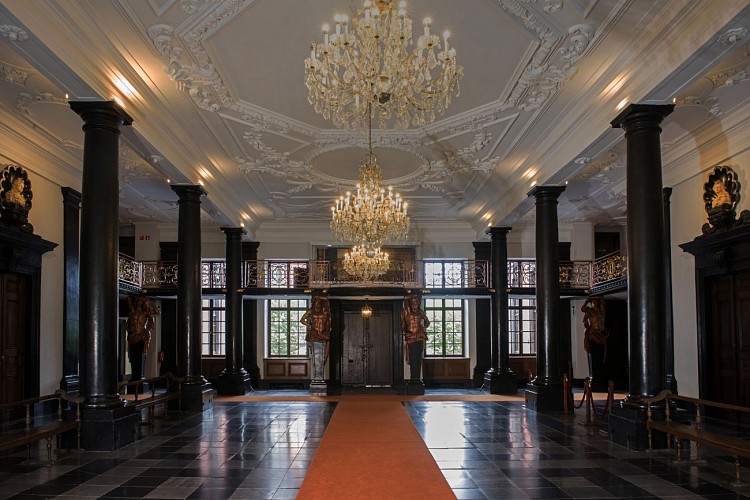 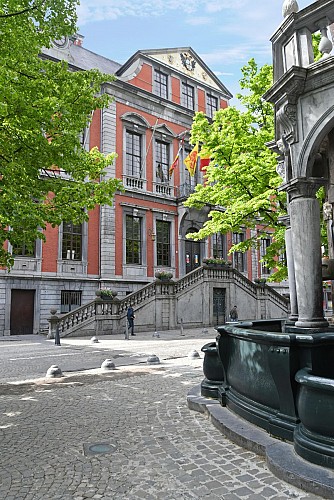 Traditionally called La Violette, in keeping with the coat of arms of the house that hosted the city council in the Middle Ages, the townhall was bombarded in 1691 by the troops of Louis XIV. Rebuilt in classical style as from 1714, it was completed in 1718, as indicated on the pediment. Also visible on the top of the pediment are the coat of arms of Prince-bishop Joseph-Clément of Bavaria. Richly decorated, the townhall is still today the centre of the conurbation’s power.