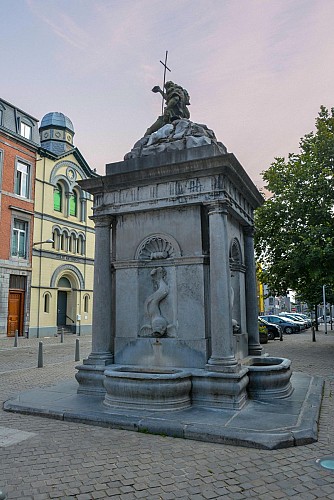 This fountain has been in place since the medieval era and was re-built in 1634. Until 1667, it had a bare summit, crowned simply by a piece of rock. At that point in time, Jean Del Cour was commissioned with producing a statue depicting Saint John the Baptist. He also crafted the bas-relief adorning the door to the fountain. The works of Jean Del Cour, a renowned Baroque sculptor from Liège, can be found at different points throughout the city.