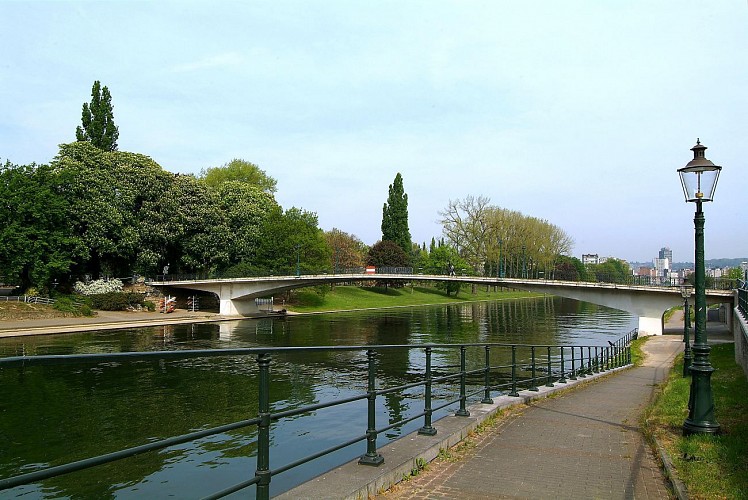 Also called Hennebique Bridge because of its designer’s name, the Mativa Bridge also dates back to the 1905 World’s Fair. Built of reinforced concrete, it was the first of its type in Belgium. It also crosses La Dérivation in a single span. In contrast to the lightness of the bridge’s arc, two strong pillars support it on either side of the water. Interestingly, the arc of the bridge is only 35 centimetres thick at its peak.