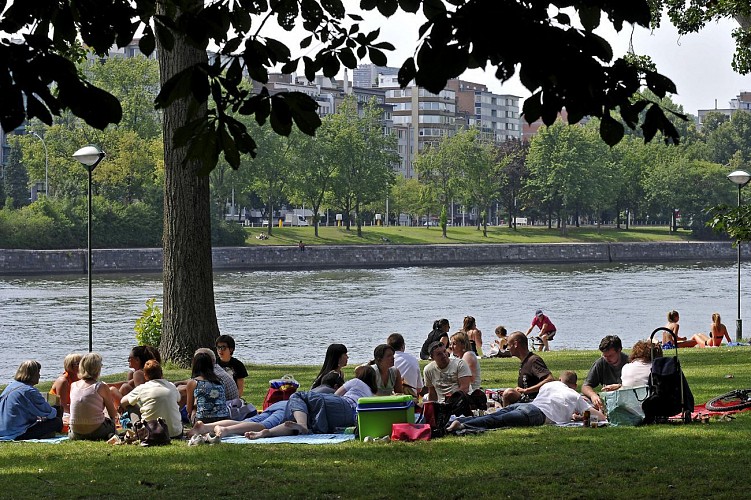 La Boverie was originally a country island near Liège. After the creation of the Dérivation (an artificial arm of the river Meuse), it gradually became a park in the heart of the city. A recreational area, the park was home to a large swimming pool and a cycling track but both disappeared with the 1905 World’s Fair. At the time, the park was full of temporary pavilions that were dismantled after the Exhibition closed, the only exception being the building occupied by the La Boverie museum. An ideal place for strolling, the park La Boverie was equipped with a number of amenities over the years, for example an aviary (installed in 1937) or a rose garden, present since 1950.