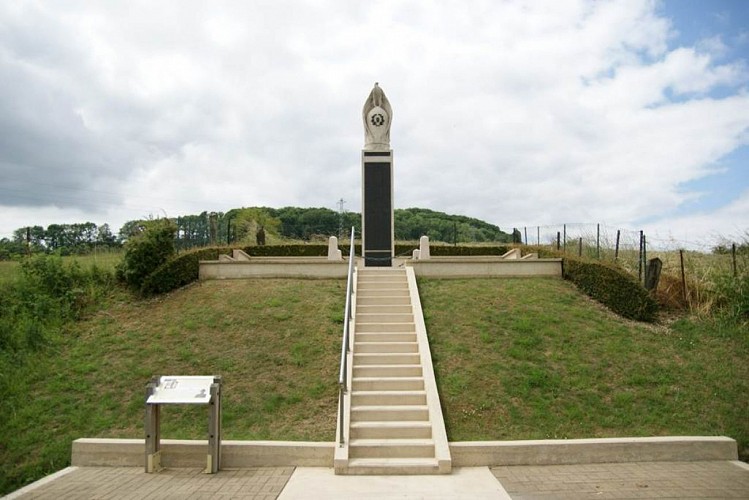 The American intervention in April 1917 was a huge relief for France at the time it suffered the Chemin des Dames disaster (defeat) and the collapse of the Russian front.
On 3 September 1918, Marshal Foch, ordered a general offensive with the Meuse as an objective. In the battle of Argonne, he engaged General Pershing, Chief Commander of the American Forces, whose troops pushed the enemy back all the way to Sedan. On 6 November 1918, the first American division attacked the German enemy lines from the Besace to Beaumont and pushed the enemy back to the right bank of the Meuse between Villemontry and Autrecourt. During the night of the 6th to 7th, they gained control of the whole left bank all the way up to Wadelincourt.
The monument called ‘This Point’ marks the final point of the American troops' advance. On 10 November, General Pershing paid a warm tribute to his troops.