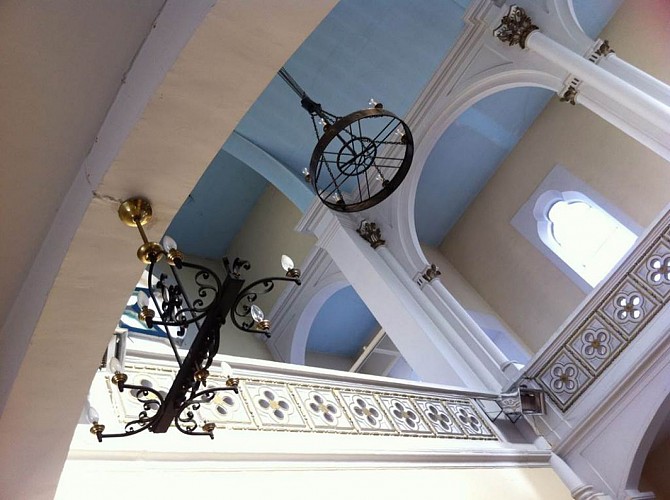 Passing the avenue de Verdun, there is a remarkable building. This is the synagogue of Sedan. After the 1870 war, the Jewish community in the Alsace and Lorraine region migrated and took refuge in the north of France. In 1878, the synagogue was built according to the plans of architect Mazuel. The sober interior and exterior is made of the yellow stone of the region. There is a large rose window on the façade. Inside, the tabernacle forms an apse and contains the tables of the law. The synagogue was listed as a historical monument in 1984.