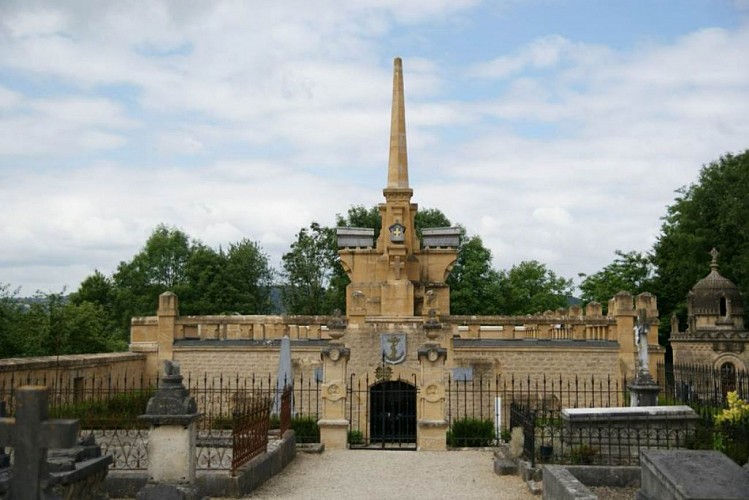 Built in 1878 by the State on grounds that it had itself purchased from various parishes and individuals, the Necropolis and Ossuary was completed in 1890. It contains the remains of about 3,000 French and German soldiers.

In accordance with the agreement dated 1 March 1951 between the Ministry for War Veterans (Burials Office) and the Necropolis and Ossuary Committee, it is for the latter to bear the (high) cost of its maintenance.
The slab had to be completely re-laid in 1999.

To visit it, just ask the groundkeeper.