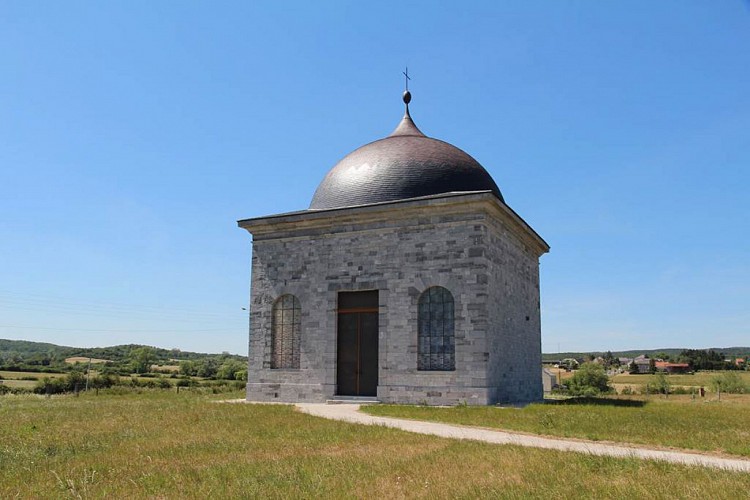 After the French Revolution, during the Russian Occupation, this religious building became an orthodox chapel for the russian troops.
Catholic place of worship again in 1818, the chapel of Walcourt will be a protestant church for the German troops during the First World War...

The chapel of Walcourt is a listed historic monument since 1984.

Note :
Monument visible only from the outside.