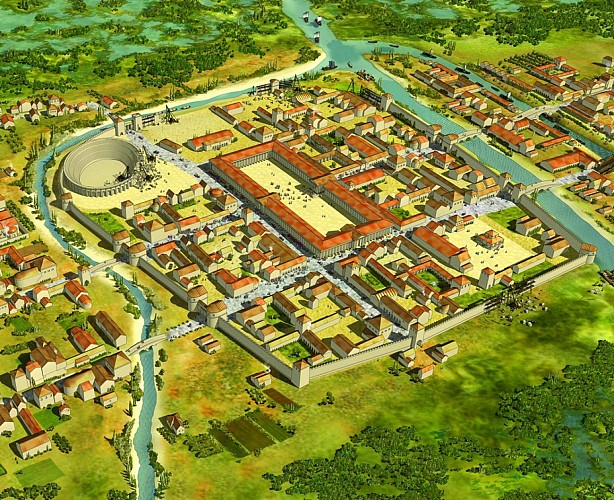 Rue de la Cité, ex Via d'Agrippa, is located in the district of La Cité, more precisely in the fortified part of the Gallo-Roman city of Augustobona Tricassium (the castrum), whose rampart was built in the second half of the 3rd c. AD to protect the city from Germanic invasions. Since stone is scarce in the area, the stone from the Roman buildings was reused to build a square rampart about 400 m square. These walls house the Christian heart of the city, as well as the castle of the first Counts of Champagne (current site of the Place de la Tour). The city is crossed from east to west by the decumanus maximus (now rue de la Cité, whose level is 3 m higher than then) and from north to south by the cardo maximus (now rue de la Tour and rue Boucherat).