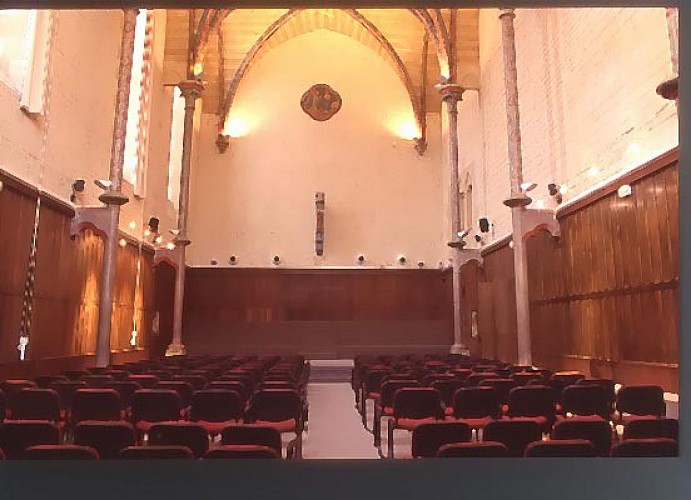 At the beginning of the 13th century, Parisian intellectuals settled in the Val des Ecoliers near Langres and founded an order of canons. They soon established a priory in Troyes, Notre Dame en l'Isle, on an island formed by the diversions of the Seine. A first church was built in 1302 under the name of Notre-Dame and Sainte-Catherine. Important work was then carried out in the 17th century. The chapel of the current Major Seminary was built on the large walls of the transept of the former church.

Today, La Maison Notre Dame en l'Isle is home to:
- of the services and movements of the diocese,
- the administrative services of the diocese,
- the Diocesan Directorate of Catholic Education (DIDEC),
- a reading room,
- a multipurpose room with 200 to 300 seats for conferences, concerts and exhibitions.
And also a possibility of accommodation on site - In dormitories or rooms with 2 beds.