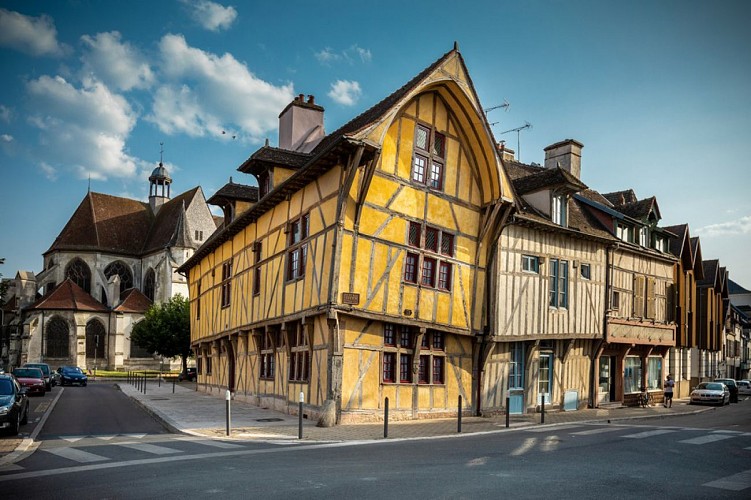 The Maison du Dauphin is one of the oldest houses in Troyes; the date of 1472 is inscribed on its mantel.
Would the clothier-weaver who occupied this house at the time have had the honor of trading with the dolphin?
Still, the coat of arms of the eldest son of King François I is engraved on the corner post at the corner of Célestin-Philbois and Kléber streets, perhaps to show that the trade was a supplier to the royal household…

Restored in 2004 and six bays long, the Dauphin's house is typical of Trojan architecture, with its mullioned windows and corbelled structure, and has a front farmhouse on rue Kléber and another on the rear facade.

Dauphin was the title carried by the lords of the principality of Dauphiné de Viennois whose capital was Grenoble. From its annexation to the Kingdom of France in 1349, the title is attributed at birth to the eldest son of the King of France, heir to the throne. In the event of the dolphin's death, his younger brother received this title in his place.