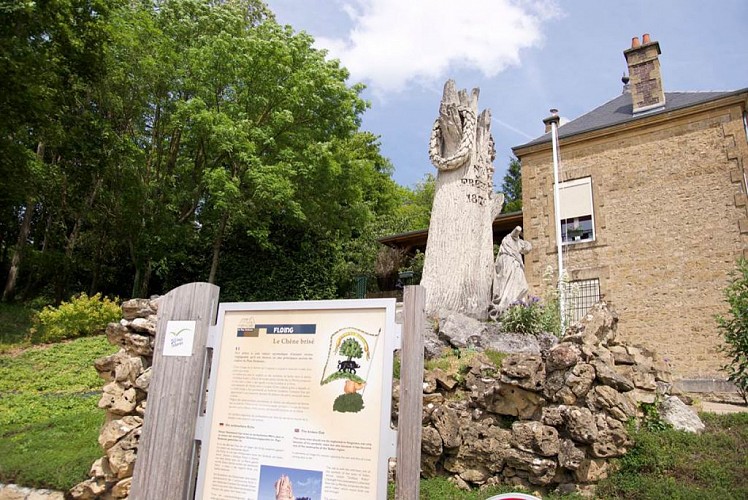 This stone tree should not be neglected or forgotten, not only because of its symbolic value but also because it has become one of the landmarks of the Sedan region.
It represents an image of a woman opposing the war and that of a tree coming back to life.
The oak is, with the wild boar, one of the symbols of the town of Sedan, whose motto ‘Undique Robur’ (‘Strength from everywhere’), inherited from the La Marcks, comprises the Latin word ‘robur’ which means both oak and strength.
The inhabitants of Floing raised funds, which allowed a ‘broken oak’ to be ordered from the marble sculptor Constant Duc who belonged to a dynasty of stone cutters who came to Sedan from Savoy.
Despite successive deteriorations, one can make out a feminine outline at the foot of the broken oak, who is trying to break a cannon with a sledge hammer while a new branch of that oak is growing above her.
A significant number of combatants killed in the last hours of the battle are buried here.