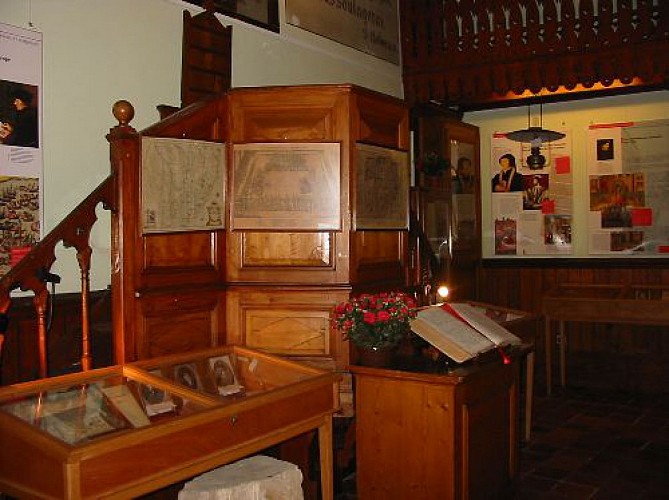 The museum is housed in the Protestant Temple. Explanatory panels, shop windows and a video montage tell you about the history of the Protestant community of Wassy as well as the wars of national religions.

In the 16th century, clashes took place between Catholics and Protestants. On March 1, 1562, the massacre of Protestants of Wassy by the soldiers of the Duke of Guise, leader of the Catholics will be the triggering event of the Wars of Religion that will divide France until the Edict of Nantes in 1598.