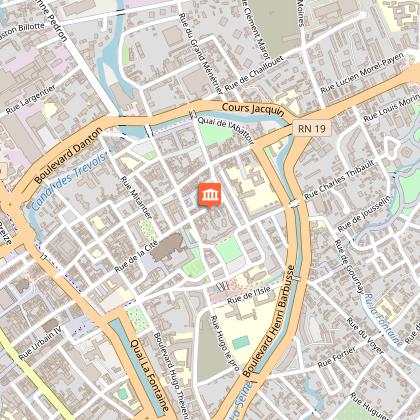 This beautiful half-timbered complex with a corbelled construction and mullioned windows, typical Troyan architecture of the 16th century, was restored in 2001.

Until the 18th century, nuns lived in this orphanage, whose girls where nicknamed the Grisettes because they wore a grey uniform. The building is located in the poor «quartier bas» (lower neighbourhood) and the Saint-Nizier parish, which was home to many disadvantaged people.

Reverend Father Lafra, after whom this street was named, was a Troyan jesuit who devoted his life to young people and the poor. In 1921 he created L’Alerte, a cultural and sports association that had, among other facilities, a music school and a renowned brass band, which is still active today thanks to volunteers. His bronze bust is located near the Saint-Nizier church.