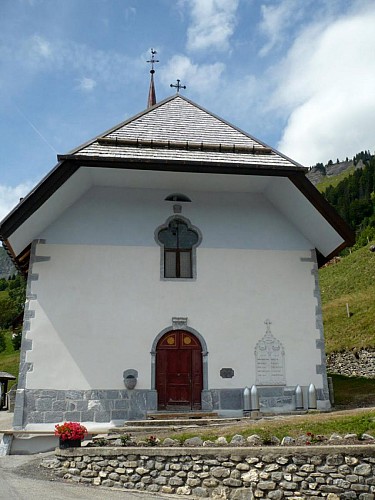 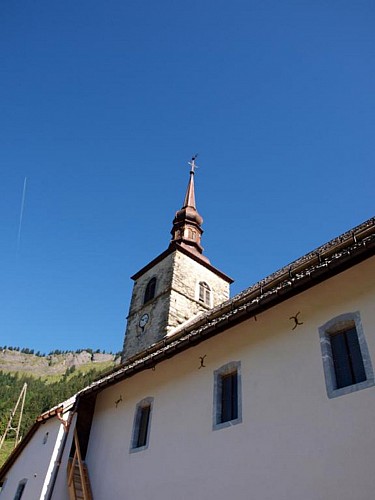 The local parish church was hard to reach on foot from the hamlet of Chaucisse, especially during the winter. In 1818, thanks to a gift from one of the village’s “expatriates”, a chapel was built that later became the parish church (1828 to the 1960s).
In 1815, Joachim Dumax-Baudron (1750-1828), the former cook of maréchal Berthier, decided to bequeath a chapel and a school to his native hamlet. Dedicated to Saint François de Sales, the chapel was built in 1818. Later, in 1828, the bishop decided to transform it into a church.

During the 1960s, it has been linked again to Saint-Nicolas-la-Chapelle. Now it is a private chapel and its wooden roof and painted walls have been recently restored.

Inside, the furniture and decoration are baroque-inspired.