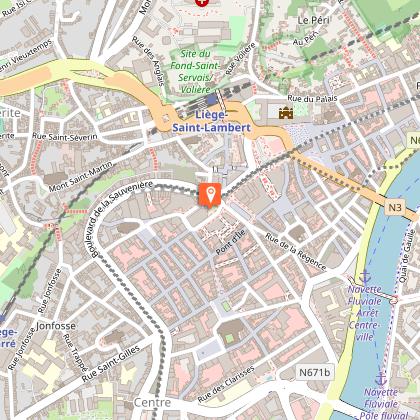 Before construction of the Royal Theatre from 1818 to 1820, a former Dominican convent occupied this location. On construction of the theatre, the columns of the Carthusian monks’ former church were re-used and incorporated into the façade of the building. In 1930, for the World Fair in Liège, a pediment was installed on the façade. Created by Oscar Berchmans, it depicts deities from the Antiquity associated with the arts: Apollo, Athena and Aphrodite. Today, the building plays host to the Royal Opera of Wallonia. From 2009 to 2012, it underwent interior and exterior renovation. The modern section overlooking the theatre dates from this renovation.