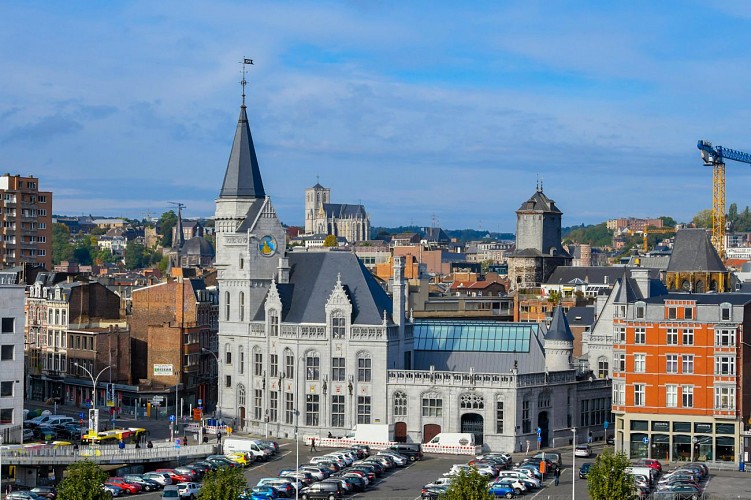 Completed in 1901, the central post office was built according to the blueprints designed by architect Edmond Jamar in a neo-gothic style. For the building’s exterior, the architect drew inspiration from the first court of the Prince-Bishops’ palace. The façades are decorated by many elements. The six big statues depict the mayors of the 15th and 16th centuries, whilst the nine small statues portray personnel from the post office from the same era. Lastly, the building bears many coats of arms, related to the principality of Liège and kingdom of Belgium.