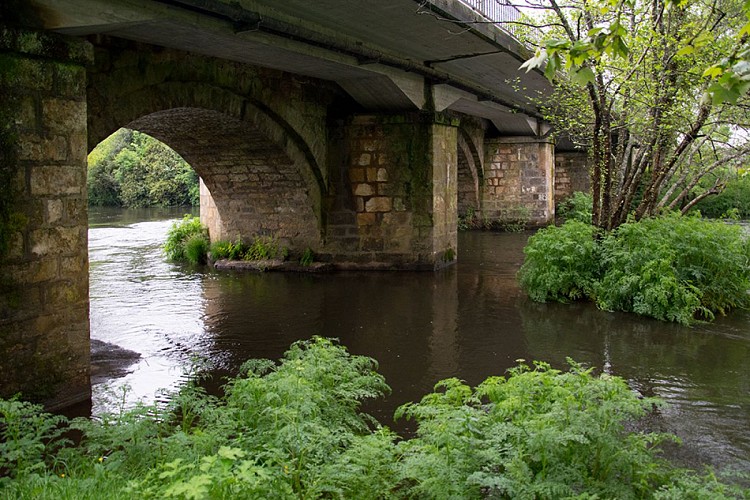 THE BRIDGE OF SIGÜEIRO

We are now arriving at Santiago de Compostela. The compostelan municipality is reached by crossing the river Tambre. The river is crossed using one of the bridges whose construction was ordered by Fernán Pérez de Andrade in the 14th century. And in remembrance of this act, its patron ordered a shield saying that the work was over to be placed on the bridge. During later remodelling work the armour stone was removed which is now kept at the Archaelogical and History Museum “Castelo de Santo Antón” in A Coruña.

The bridge was an important piece of infrastructure on the royal road from Santiago de Compostela towards A Coruña, Betanzos and Ferrol. Thousands of pilgrims as well as travellers, nobles and townsfolk use and used it to go to Compostela, The bridge has borne witness to many stories. It saw the struggles of Diego Xelmírez and of the Queen Urraca or the attempted kidnapping of the daughter of Gómez Pérez das Mariñas by Álvaro Pérez de Moscoso.