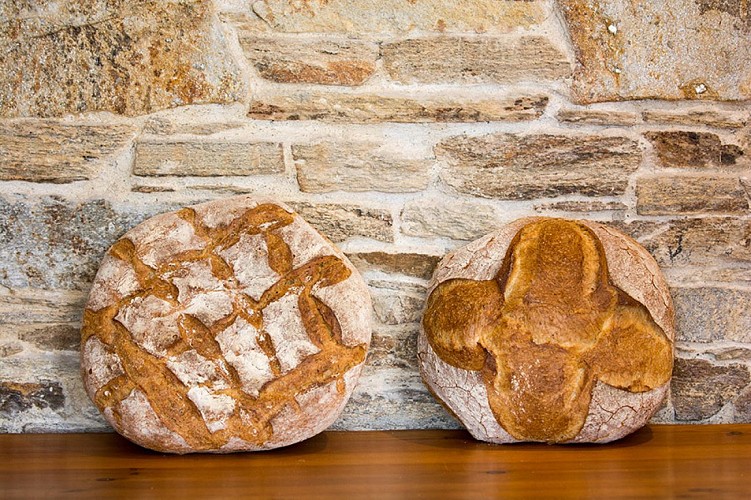 THE BREAD OF NEDA

Bread is a basic product for the human diet and for the pilgrim the bread of Neda is a delicacy.

There are several elements which helped to create this tradition and lend it fame, including the many mills situated in its territory, particularly on the River Belelle, the quality and purity of its waters as well as of the grain and its location in the vicinity of the city of Ferrol. Firstly, when bread was needed for the boats of the Spanish armada and it was made here from 1590 to 1610 “sea bread” or “sea biscuit”; afterwards, when the population increased as from the second half of the 18th century. In actual fact, in 1752 the bakers of Neda were forbidden to sell bread at the Arsenal, bringing about a strike.

Today the bread of Neda maintains the tradition, the bakers still make their bread by hand and using the so-called “wheat of the country”. This bread has the register of the Mark of Quality. There are several bakers in this municipality. For more than 25 years the Festival of the Bread of Neda has been held in early September, declared as being of Tourist Interest by the Galician Regional Government. There is a bread route too.