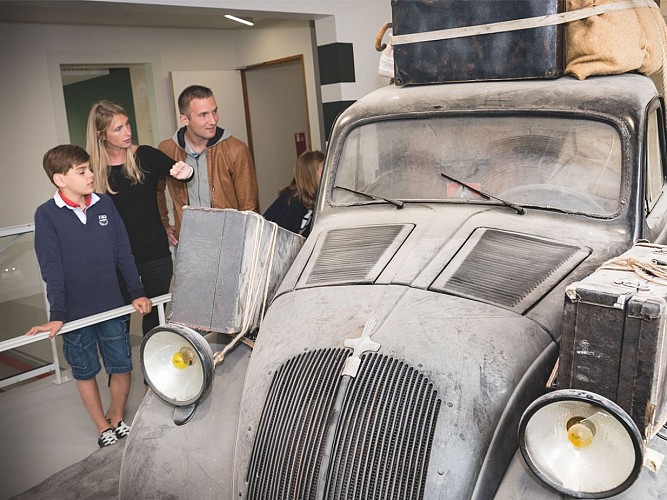 Memorial to civilian life in the Second World War

The Battle of Normandy started on D Day - 6 June 1944 - lasted 3 months and put 2 million soldiers in a corner of France that had about a million inhabitants. 150,000 Normans had to evacuate their homes, with an estimated 20,000 killed, mainly as a result of the bombardments.

The Falaise area paid its price. The dreadful fighting in the Falaise-Chamois Pocket which marked the end of the Battle of Normandy and the beginning to the rout of the German army, is remembered as among of the most bloody of the war.

The Second World war marked a turning point with 30million combatants and 35 million civilians killed: for the first time in the history of modern warfare the civilian dead were more than those of the military.

The acknowledgement of the military sacrifice and the need for rapid post war reconstruction, meant the fate of the civilian population was largely forgotten. But now, to remember and pay homage to these millions of civilians, the local government organisations of Falaise and its surrounding countryside, have joined forces to create a memorial to civilian life in the war.
Set in the heart of Falaise, next to William the Conqueror’s castle, in one of the major buildings of the first stage of Falaise’s postwar reconstruction, this new museum tells the story of civilian life in the Second World War.

The painstaking reconstructions, put together by the Caen Memorial, are put into context by the memories of those who lived through it all.