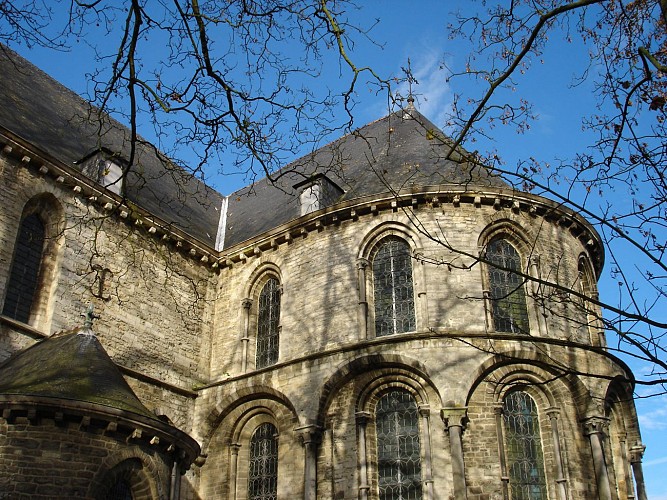 The current Saint Médard’s church in Jodoigne, dating from the 13th century, is a listed building and justifiably recognised as a jewel of Walloon Brabant. This large Roman and Gothic style building, listed as exceptional heritage of Wallonia, was restored to its original splendour in the 1970s.This church was built near the former church, which was bequeathed to the Order of the Hospital in 1180 by Gilles de Duras, and close to a former Gallic religious site.As soon as you enter, the hot and white Gobertange limestone gives the building its glow. From the wide transept, the eye is drawn to the semi-circular apse and simple polychrome statues, including one of the patron saint, Médard, an evangelist bishop born in 457, who had a reputation as a ‘rain maker’. If you stare at the statue of the saint you get the impression that he is smiling at you.