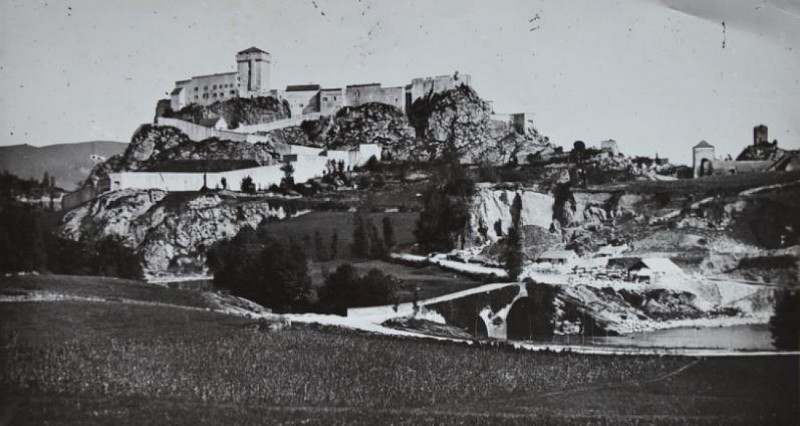 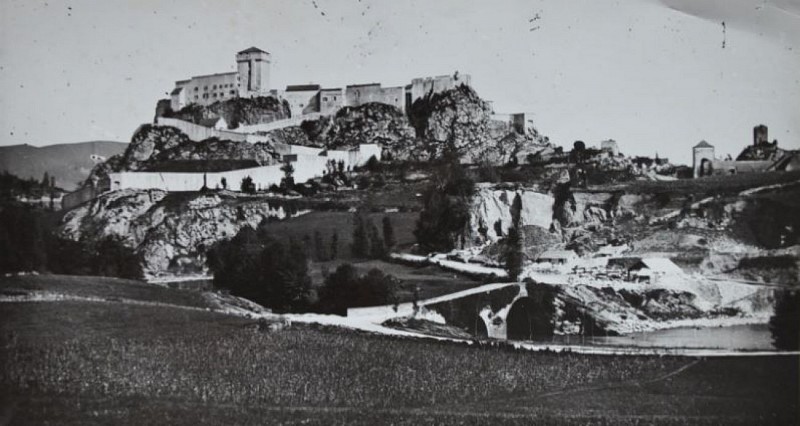 The Baüs Tower owes its name to the cliff which supported the south part of the city fortification wall. It was located in the middle of this street, where is now the Hôtel de Rome. It was used as a prison during several periods. In 1871, the municipality destroyed it to make easier the passage of cabs and carriages under its vault.
The Castle area with its medieval streets led also to this tower.