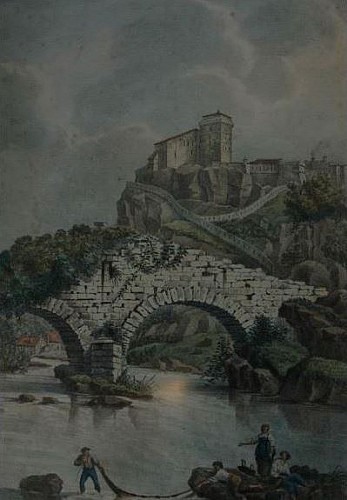 Until 1881, the only point to cross the Gave River and to access Massabielle was through this Pont-Vieux. Bernadette took it on each Apparition (except the last one). It was also the itinerary of the first pilgrimages.
This bridge has existed since the Middle Ages. In 1870, the city decided to flatten it by suppressing its bump. In 1900, it was enlarged to allow for the passage of the tramway.