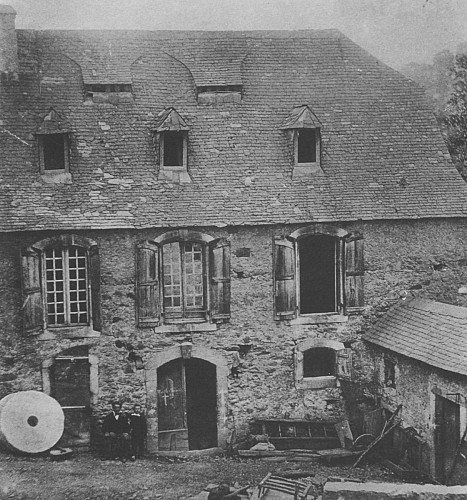 The street “rue Bernadette Soubirous” constitutes the old watermills area, in the heart of Bernadette’s daily life: she was born and had lived for ten years at Moulin de Boly; then the Soubirous family was forced by misfortune to move to several precarious domiciles. Mgr. Laurence had rented then bought in 1867 the Moulin Lacadé to preserve Bernadette’s father from misery: from there its name of “Maison Paternelle” (the Paternal House).