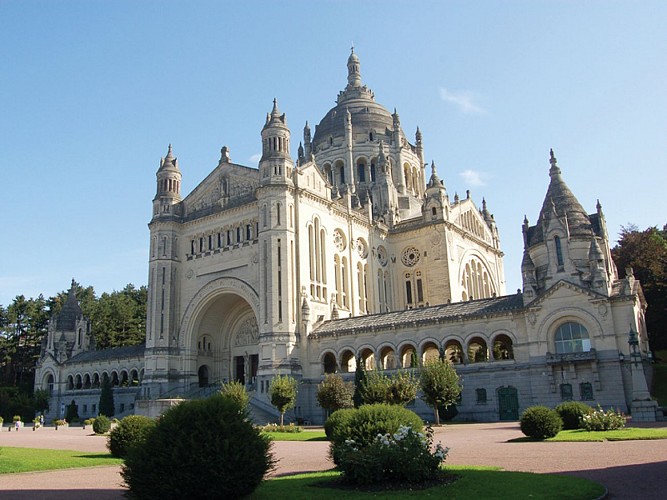 Built in the early 20th century to commemorate Saint Thérèse, the basilica was consecrated in 1954. Covering a surface area of 4,500m² with a 95m high dome, it is one of the largest churches to have been built during the 20th century. Three nave crypt adorned with mosaic. Carmelite and Saint Thérèse exhibition. 35 minute film. Visits of the dome in July and August. Unaccompanied or guided tours (in summer): tour lasts 45 minutes.