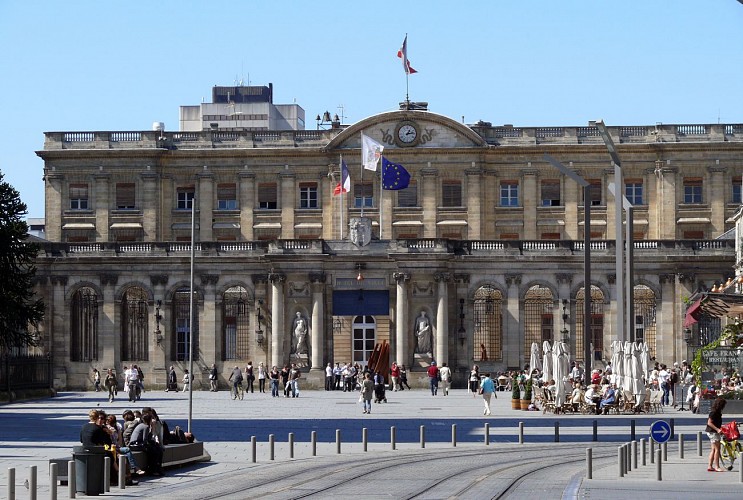 The Palais Rohan was built by Joseph Étienne and Richard-François Bonfin, starting in 1771 and completed in 1783. After the French Revolution, in 1800, it became the Gironde administrator's residence, then an imperial and royal residence, until it became the city hall in 1837. Drawing room with carved wood panelling by Barthélemy Cabirol; the dinning room decorated with paintings by Pierre Lacour; Municipal Council chamber of Second Empire architecture.