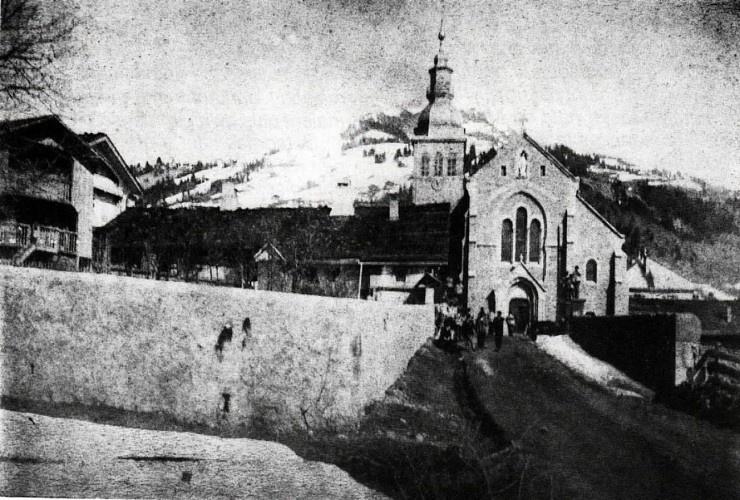 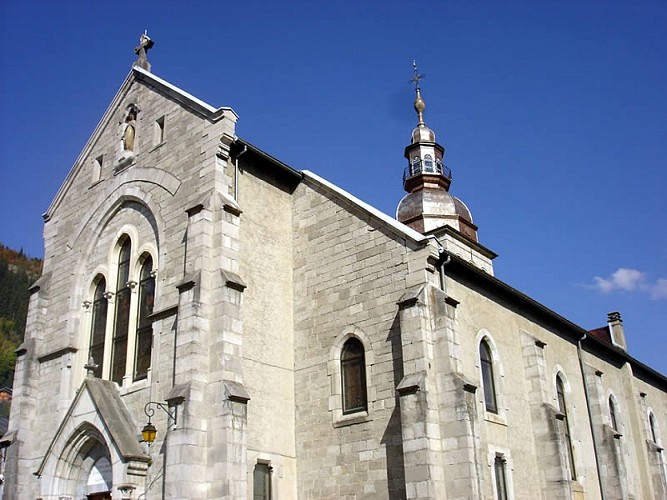 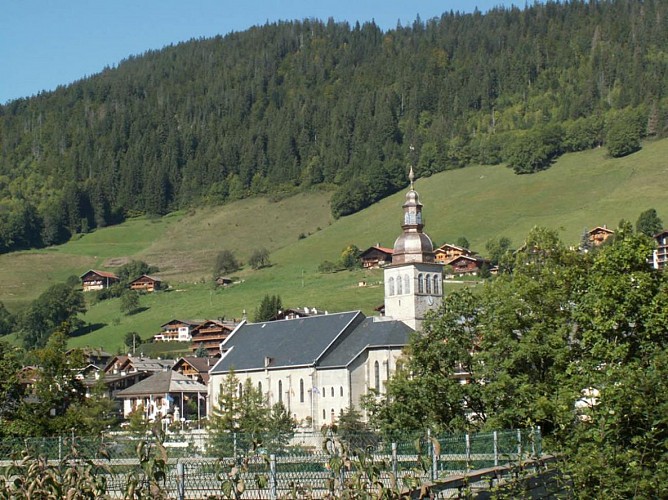 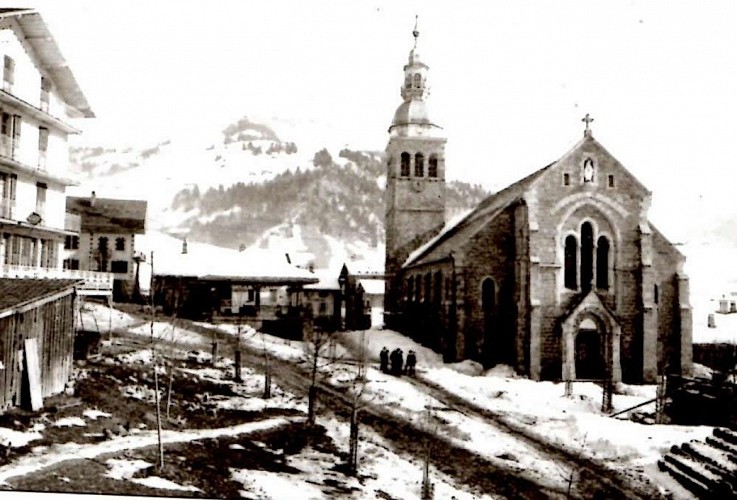 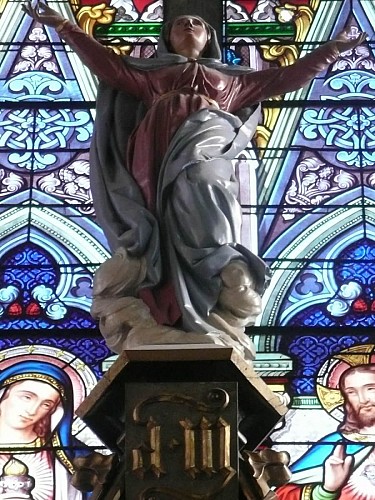 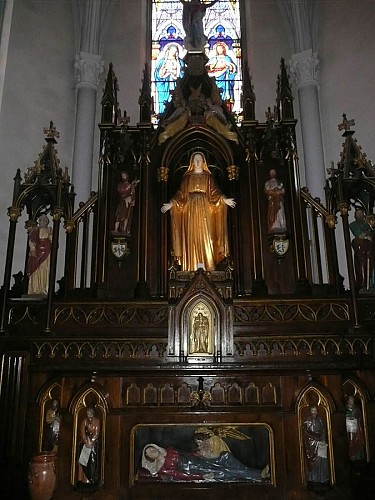 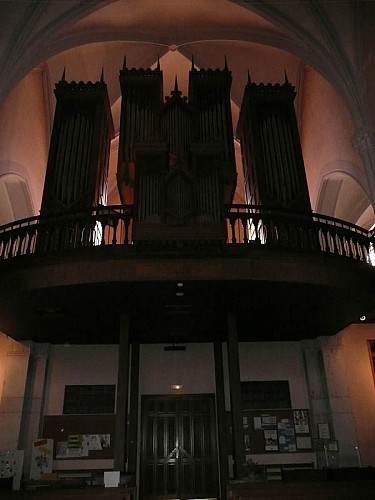 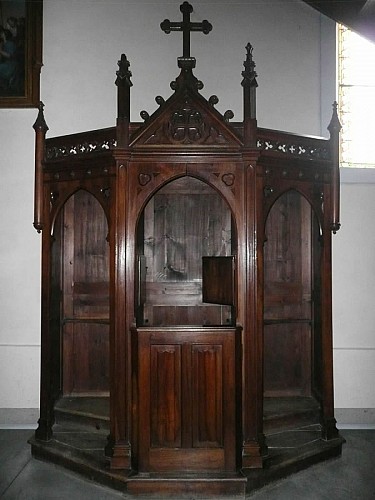 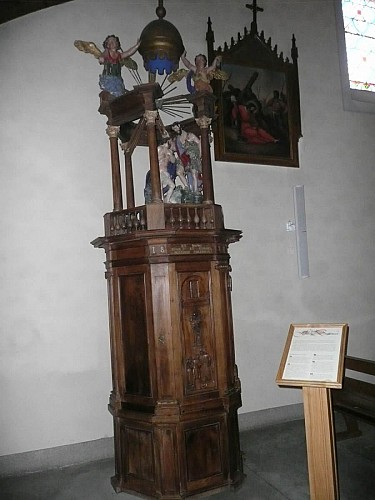 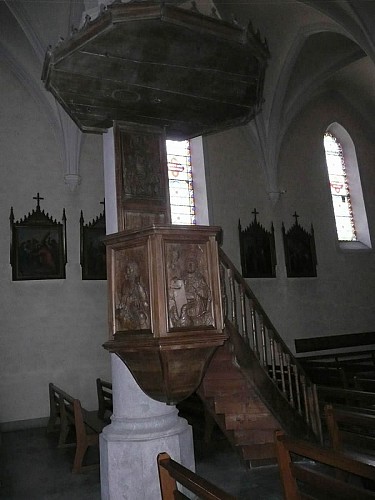 Church of Our Lady of Assumption

After 60 years of building work, undertaken and financed by the local community,it was consecrated in 1877. Built in the neo-gothic style of the XIX century, the architecture is typical of the golden age of the Catholic church.
From the XI to the XIII century, a small chapel stood within the parish. This chapel was served by the church in Thônes.
According to descriptions given by the Bishop of Geneva during his pastoral visits in the XV century, the church was made of wood. In 1569, the church burned down and the 4 bells melted. As the baptismal fonts and the onion-shaped steeple show, it was rebuilt in the typical XVII century Baroque style. The tinplated steeple (today it is made of stainless steel) shows the influence of Savoyard migration to Germanic countries.

In 1794, during the French Revolution, the church was plundered, just as in parishes all over France. The steeple was demolished and 3 of the 4 bells were melted down. The oldest bell, dating from 1767, still remains. At the beginning of the XIX century, the church fell into ruin and finally collapsed under the weight of heavy snow in 1816. Renovation of the church lasted between 1817 and 1877. The onion-shaped steeple was rebuilt between 1820 and 1845.

Certain items are registered in the inventory of Historic Monuments as heritage articles (the baptismal fonts, the pulpit, the stalls and a painting). It was painted by artists from the Val Cesia in Piémont, the Gilardi and the Pellegrini. The 44-pipe Giroud organ was inaugurated in 1988.

The visit is free but in summer, the visit of the church is included in the tour of the Village. Here are the furniture you can see in the Church :

- Classified paintings : The virgin giving the Holy Rosary to St Dominic (18th century); and painting of the Sacred Heart (19th century)
- Bronze bell from 1767
- Pews in walnut
- Pulpit carved in 1827 showing the four evangelists
- Altarpiece (17th century) representing the Dormition of Mary
- Organs (made by Giroud) with 40 pipes dating from 1988
- The classified baptismal carved in 17th century and 1829
- Altar of 1995 with side panels representing two fundamental aspects of the economic life of the parish : the tourism and agricultural life
- Wooden crucifix