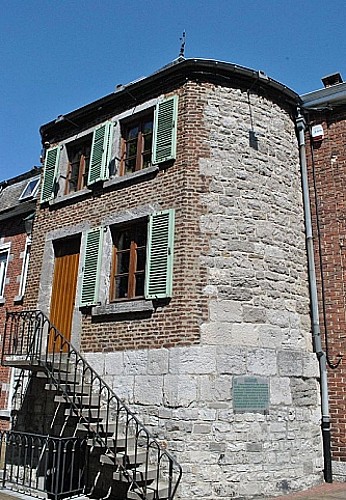 Opposite you rises the Juniesse tower that quite miraculously escaped the dismantling of the town’s fortifications by the French under Louis XIV, probably due to the fact that the tower stood inside the Jesuit convent. Interestingly, from 1675 onwards the town was occupied by the French troops. Then, in 1678, by order of the governor of the Netherlands, and in compliance with the treaty of Nijmegen, the moats were filled up and the slow but sure dismantling of the town’s fortifications began… At the end of the 18th century, the two ‘turrets’ that still stood in the upper pond were destroyed. The only vestiges of the town’s fortifications were the remains of the high and low gate that were eventually torn down in 1799, following a council decision that deemed they were a danger to the public on the grounds of their state of disrepair.