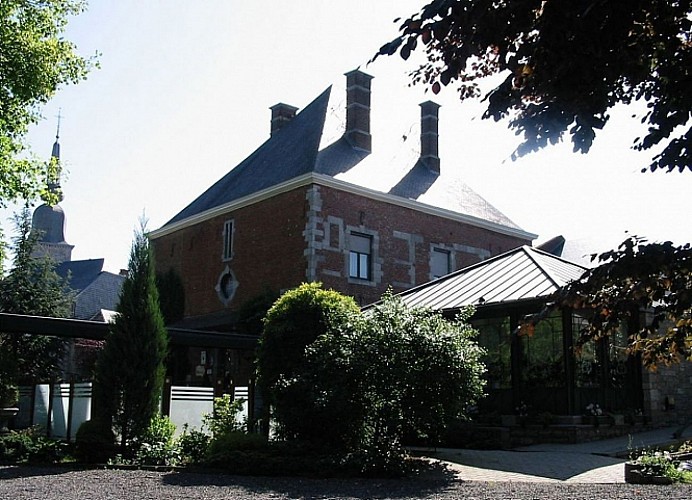 Upon arrival on the Place Toucrée, you will see an impressive building, surrounded by railings, towering on your right. This is the Dochain House, also known as the Manoir (currently a restaurant). The edifice owes its name to the influential d’Ochain family, to whom it used to belong in the 17th century. The family held several important political offices in Marche (alderman, provost-master, burgomaster) and possessed quite a few illustrious properties among which was the Aye castle-farm. This remarkable house was damaged during the great 1615 town fire and restored in 1616 (see the date anchors) with brick and blue stone, noble materials which were often employed to build the homes of notables. Furthermore, the building underwent a number of conversions in the course of the second half of the 19th century,