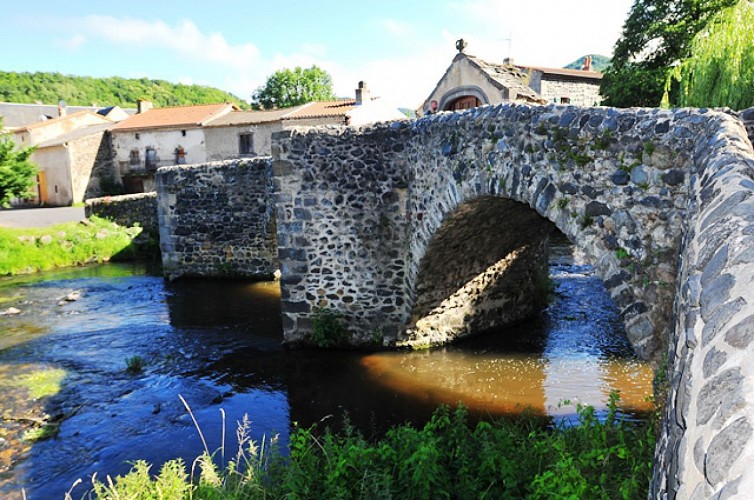 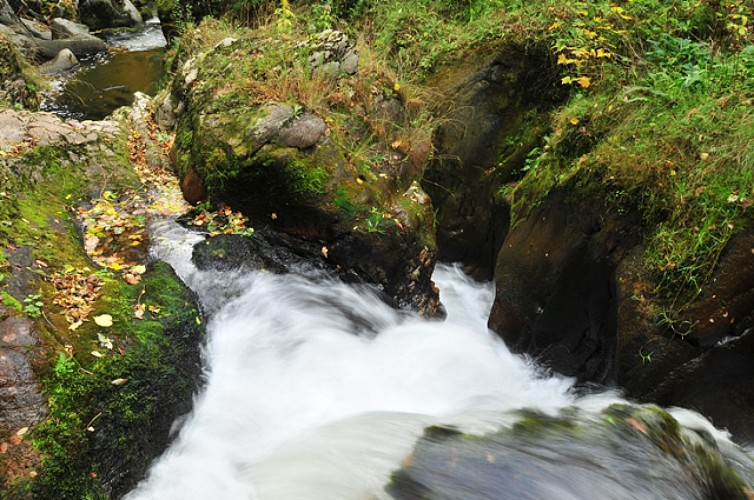 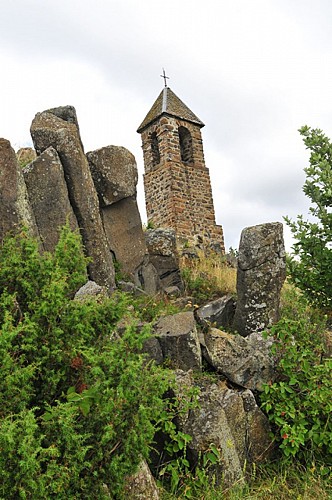 This village was fortified in the Middle Ages and was part of the Dauphiné of Auvergne. It was for a long time isolated because of the lack of roads and because of the important flooding risks. But, in the 19th century, the opening of the road from Issoire to Condat (Cantal) opened up this territory. Overlooking the village, the Pic of Brionnet peaks at 927m, it’s part of the most beautiful points of view on the territory. This volcanic peak, surrounded by beautiful basalt columns, offers an exceptional panorama. Moreover, a little chapel, Notre-Dame of Mount Carmel, rises on its top.

The village of Saurier is located along the Couze Pavin. Its mineral springs are accessible along this Couze, by a delineated path fitted out by the Protective association of the Areas of Auvergne. They are full of iron and limestone. When coming up, white and red sediments are created, and create themselves travertines, surrounded by protected halophile plants. Officially, these springs have never been used, what did not avoid a small underground production on the surroundings markets. The cavities have been used as cellar. Today, they are used as refuge for bats.