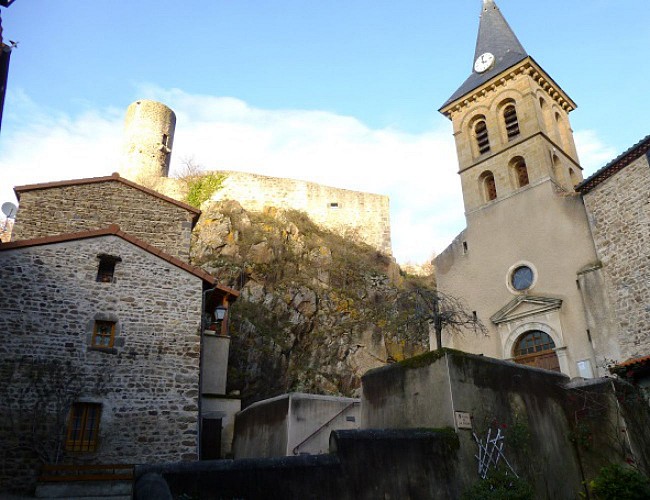 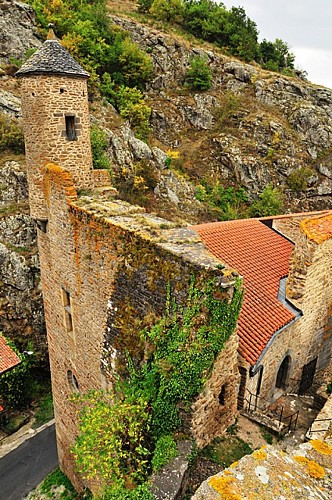 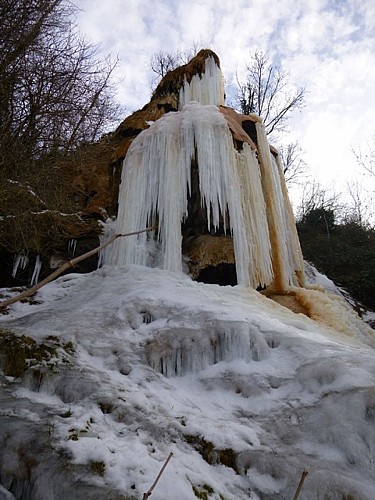 Saint-Floret, “Most Beautiful Villages of France”

This village rising up on rock is protected by the donjon of a feudal castle from the 13th century. In the ground floor, you can discover one of the most beautiful gothic rooms of France, the Knights room, with frescoes recounting the Tristan and Iseults’ novel. Then, the second room of the castle offers a panoramic point of view from the donjon. The archaeological site of Chastel dominates the village. A Romanesque chapel from the 12th century with its bell tower from the 16th century keeps treasures, including a “Virgin with a bird” and a fresco of the lord of Saint-Floret.

The Saint-Floret’s springs are located along the rifts of the earth’s crust that extend from Besse to Saint-Floret. The most important is the spring of “La Ribeyre”, nicknamed the “lion’s head spring” because of its form and its colour, caused by salt and limestone sediments in it. You can take the path fitted out by the Protective association of Areas and Landscapes of Auvergne to discover it. Then, there is the spring of “la Font du bon Saint-Flour” that springs in a fountain in the village of Saint-Floret. It was also nicknamed the “Stomach fountain” because it had the property to cure children’s gastric diseases. Today, it’s no more accessible. Finally, situated between Saint-Floret and Saint-Vincent, the spring of “Font Salade” is visible from a long way thanks to its numerous coloured limestone sediments. It was used at the end of the 19th century, but its weak flow caused the end of this utilization.