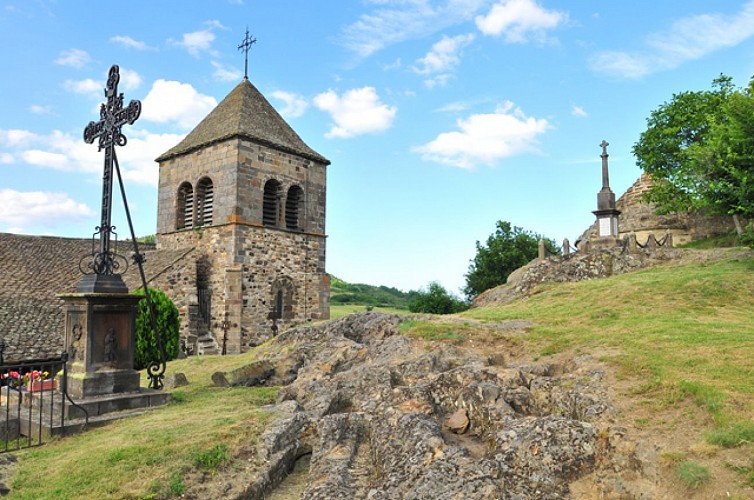 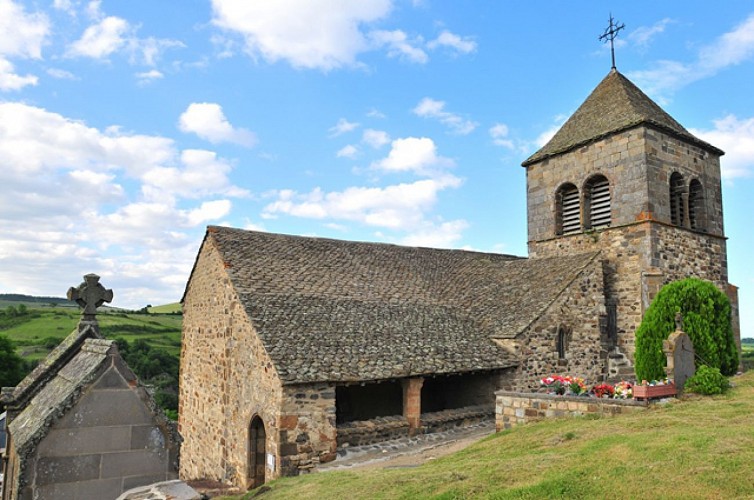 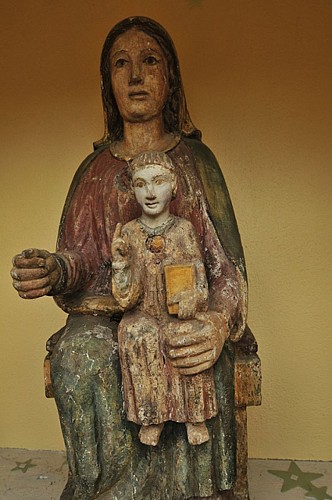 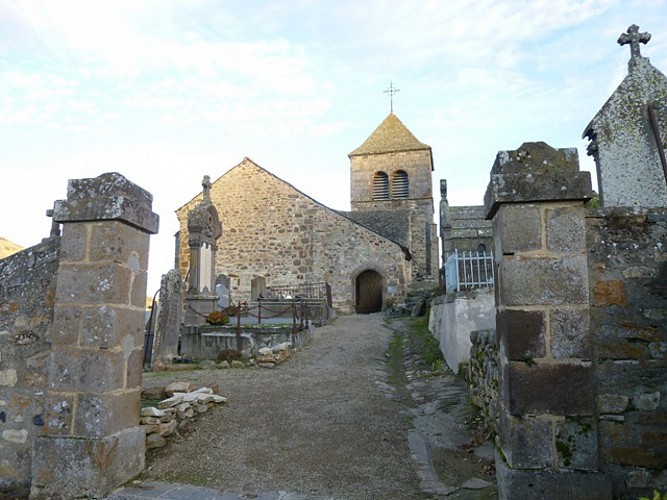 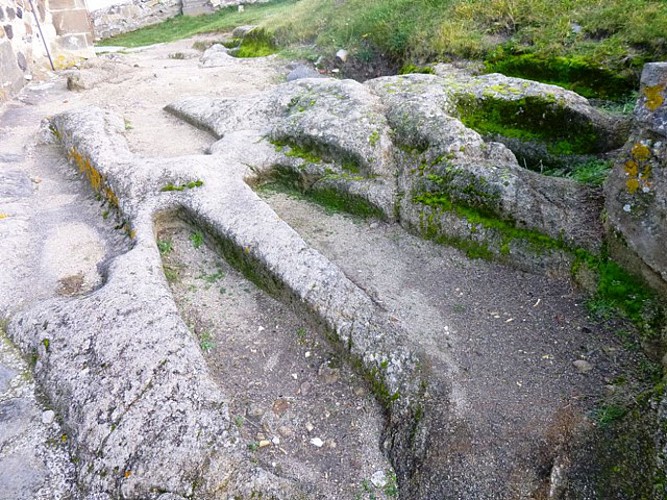 The site of Chastel in Saint-Floret

Go up to the church of Chastel following the direction of the place called “Orphanges” (road D627).

The site of Chastel dominates the village. The chapel from the 12th and 13th century, with its tower bell from the 16th century, is surrounded by a unique archaeological site with anthropomorphic rupestrian graves from the Early Middle Ages, dominated by an ossuary in a conical shape. The church is a building with a unique nave, covered with broken cradle, with a flat chevet, lighted with three gothic bay windows. The northern chapel is decorated with a votive and familial fresco representing Jehan de Bellenave, chamberlain Jean de Berry, with his wife and his 4 kids, all on their knees, presented to the Virgin by Jean-Baptiste, around 1410 (Historical Monument in 1914). You will also discover a “Virgin with a bird”, statue in polychrome rock from the 14th century (Historical Monument in 1914).