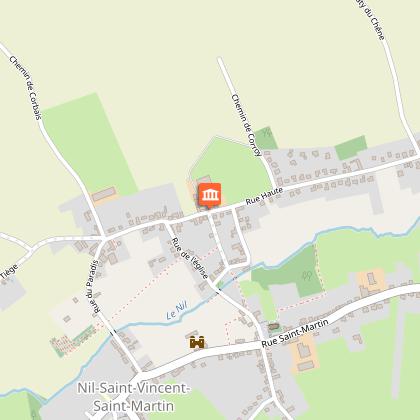 Former outbuilding of Gembloux Abbey, built by the Thienpont family in the late 18th century (who also built the Tiège mill) to replace a ruined farm almost opposite. It comprises a huge quadrilateral dating largely from the 18th century (1740?), but substantially altered in the 19th and 20th centuries. Private.