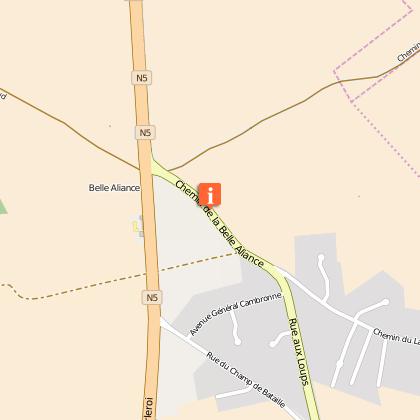 On the eve of the battle of Waterloo, Field Marshall Grouchy had set off in pursuit of General Blücher and his Prussian army in the hope of stopping him from joining Wellington's army. But he was 15 hours behind the Prussians. Everyone in Waterloo had Grouchy’s continuing pursuit of Blücher on their minds. Convinced that he could beat the British without reinforcements from Grouchy, Napoleon was counting on his Field Marshall to prevent Blücher from re-joining the battlefield. In the other camp, Wellington expected Blucher’s numbers to create numerical advantage over the French armies. Without Prussian reinforcements, Wellington could only align 67.000 soldiers to face the 74.000 French force.

At 11am, Napoleon set himself up at La Belle Alliance farm, next to a natural mound that he used as an observation point. The Battle of Waterloo began at around 11:30am with the French assault on Hougoumont farm. A square farm, fortified before the battle and located at the bottom of the slope to the west of the battlefield. The attack on the farm had only one tactical aim: to focus Wellington’s attention and efforts on his right flank, allowing Napoleon to better pierce the centre of the British army and split up the troops.