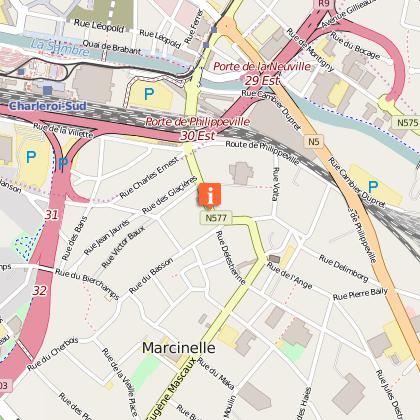 Progress towards Charleroi was punctuated by fighting between Napoleonic vanguards and Prussian troops positioned south of the city. Charleroi was indeed a central position of major importance to the Allied armies against Napoleon. British General Wellington’s headquarters were based in Brussels while the Prussian General Blücher was set up in Namur. Charleroi was therefore the pivotal city between these two positions.

Napoleon stayed in the lower part of the city in the Puissant master blacksmiths’ home, a building that has now disappeared. He most likely wrote his "Bulletins of the Grande Armée". These campaign reports were distributed the next day to the troops on the ground and across Europe. They had an informative but also a propagandist dimension. In the Bulletin of the Army of 15 June 1815, one can read that "the joy of the Belgians is indescribable. There are villages that, at the sight of their liberators, formed dances, and everywhere it is an impulse that comes from the heart".