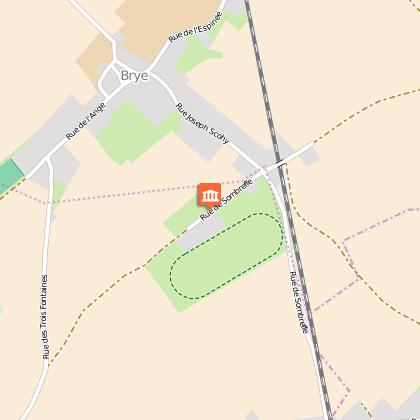 It was from the edge of the village of Brye, away from the fighting, that the Prussian leader led his troops on the battlefield. Like Napoleon, Blücher took place at the top of a windmill, that of Bussy. This is where Wellington came to meet Blücher to take the measure of the French forces. The content of relations between Blucher and Wellington are still subject to discussion: had they had time to establish a common strategy to counter Napoleon's plans?

While the battle seemed already to be beyond the Prussians, Blücher, aged 73, charged at the head of his cavalry. However, his horse fell under gunfire and pinned the Field Marshall to the ground. He avoided capture thanks to the darkness that had fallen over the battlefield and was rescued by his camp aides.