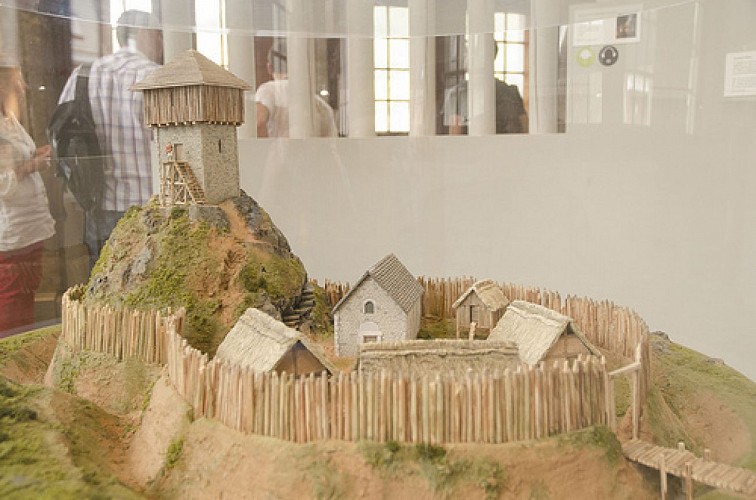 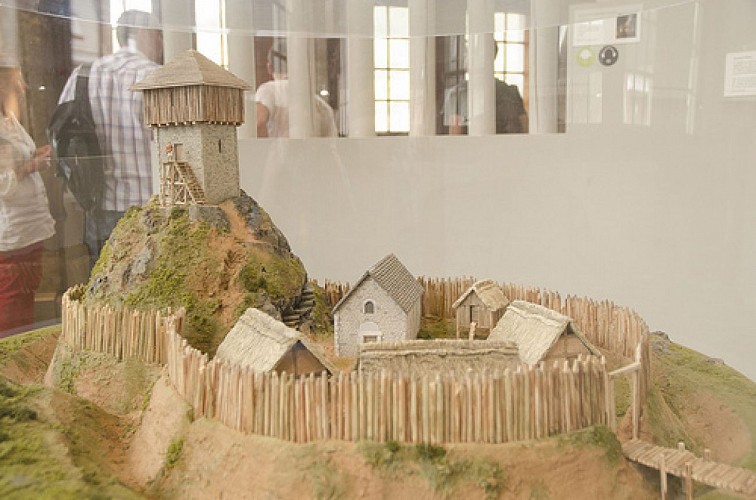 The House of Mosan Medieval Heritage

Here, in Bouvignes, the Middle Ages can be experienced, sensed. It’s as if you can still hear the sound of the horses’ hooves on the cobble of the narrow streets leading down from the Porte Chevalier. An impression reinforced by the fortress of Crèvecoeur that casts its shadow over the House of Medieval Heritage, nestling in the centre of the city’s small square. The “Spanish House”, with its 17th-century pediments bearing Brabant-style volutes, was built during the period of Spanish domination.

This lovely museum immerses you in the course of the Meuse, its history, its work. The path of the river can be read like an open book. Where there is a ford, a bridge was built. Where a tributary runs into the river, a town was born. The silt deposited by the river provided fertile soil. The economy developed. Wealth that had to be defended, kept at all costs. So fortresses were built. Military strategy goes hand in hand with the economy. The rest of the visit is equally fascinating… And it evokes medieval society, with all its anecdotes