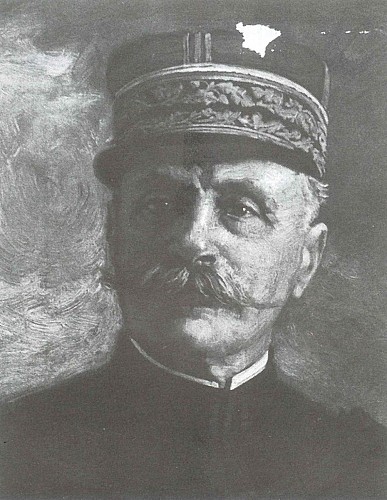 Monument to the Dead in Virton municipal cemetery

Virton's municipal cemetery is situated between the rue des Combattants (Combatants Street), renamed as such after 1918, and the rue Maréchal Foch (Marshal of France, born on 2nd October 1851 at Tarbes and died on 20th March 1929 in Paris. Ferdinand Foch was a general officer and member of the French Academy. He was the Commander in Chief of the Allied Armies on the Western Front during the First World War). This monument, situated on the memorial lawn of Virton's municipal cemetery, is composed of a square prismatic column of 3.5m topped with a funeral urn. On the plaque, you will find the names of 8 children of Virton who died for their country together with a torch sculpted into the stone and the phrase: "The town of Virton has its children who died for their country". Official ceremonies take place at the monument in front of Virton town hall.