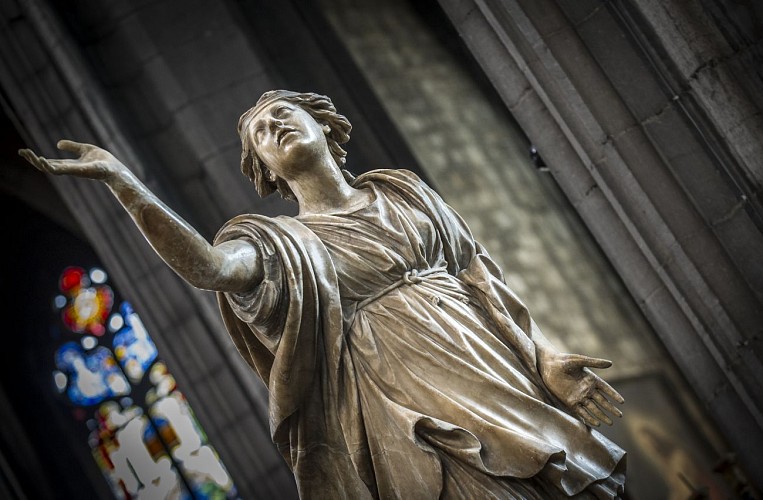 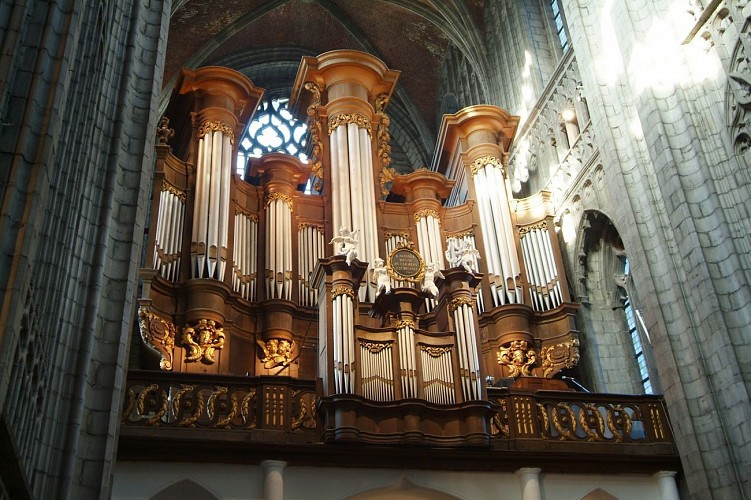 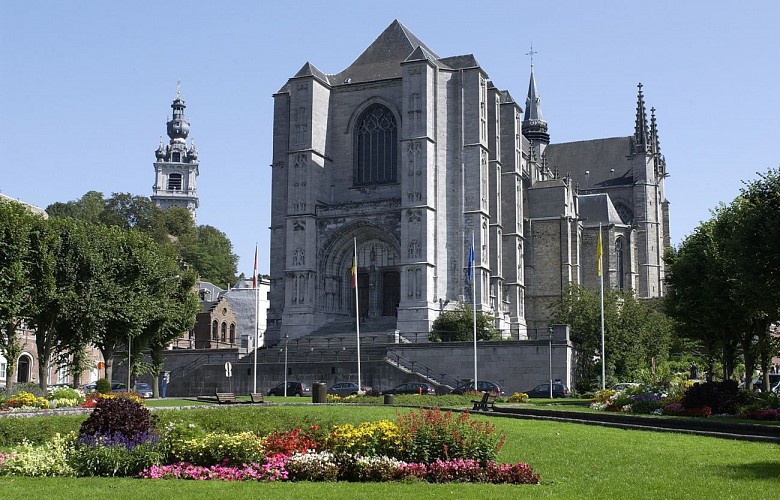 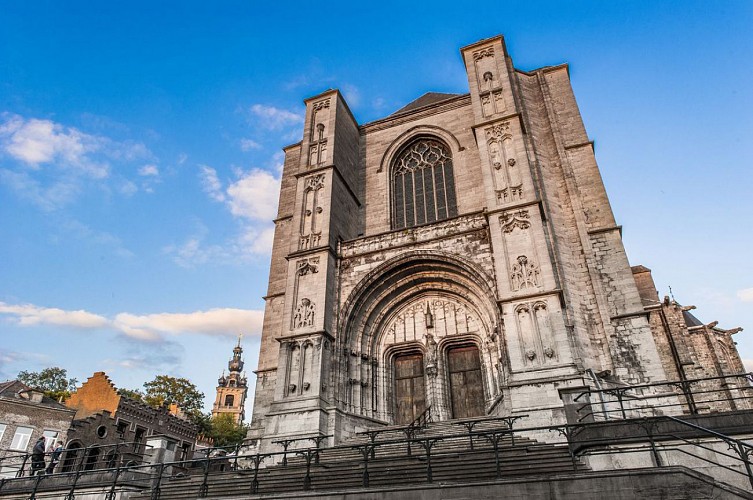 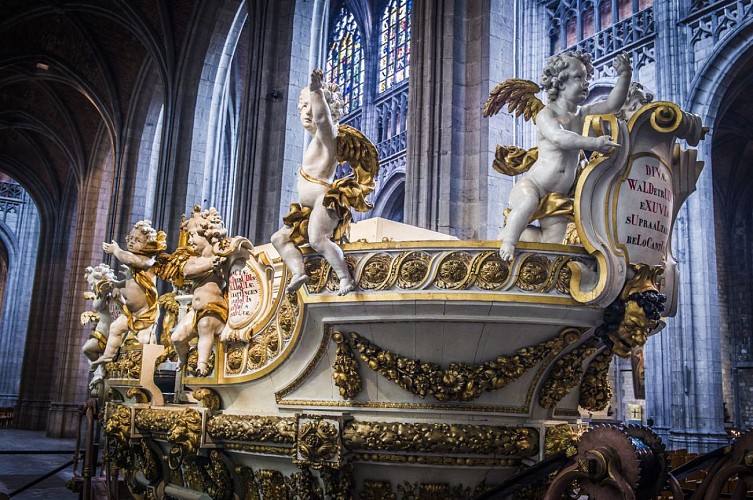 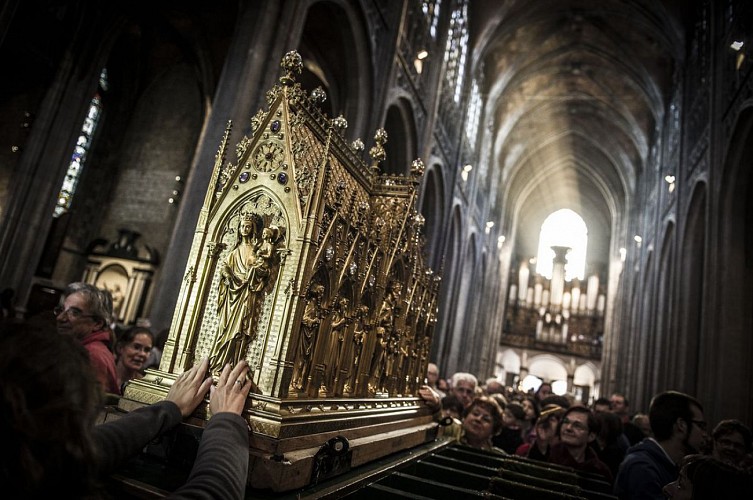 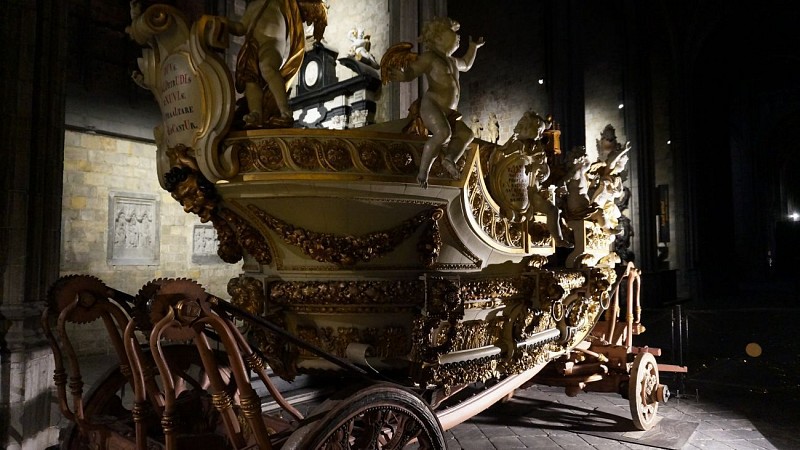 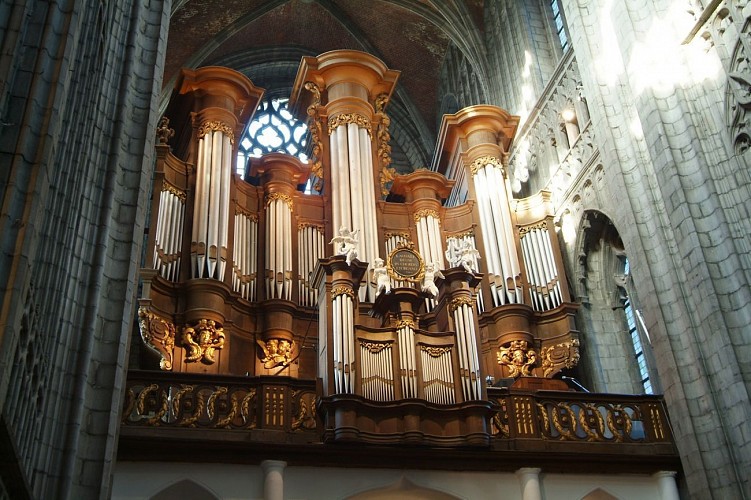 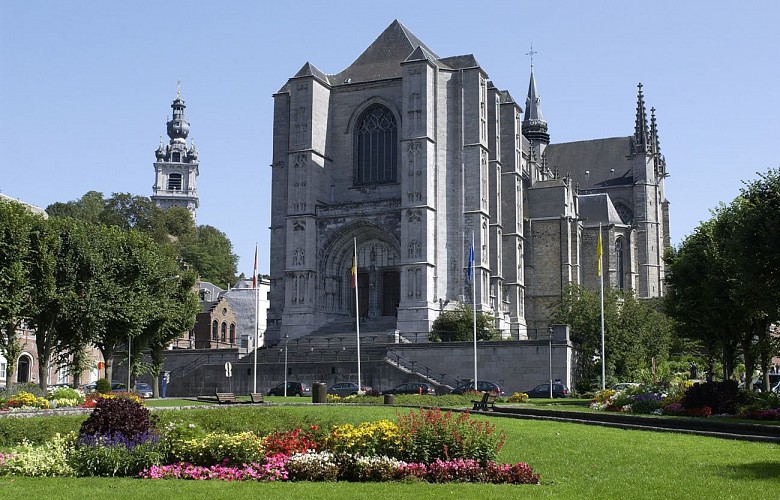 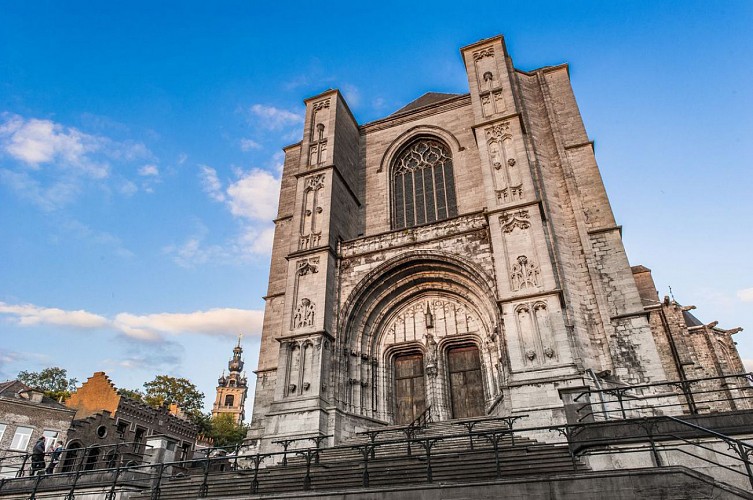 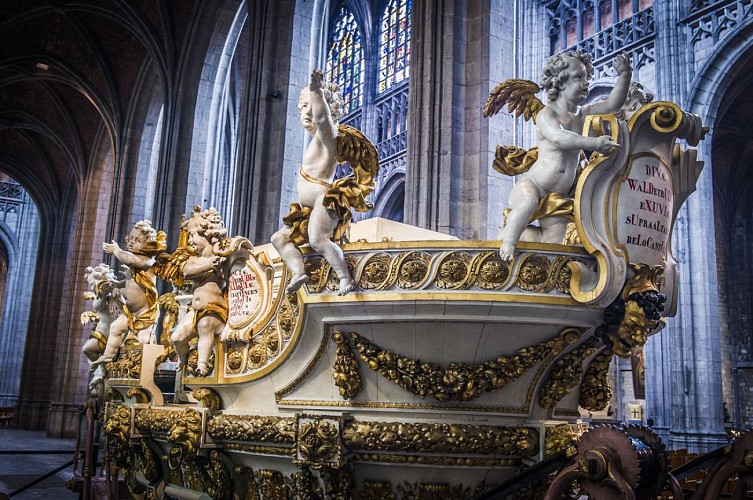 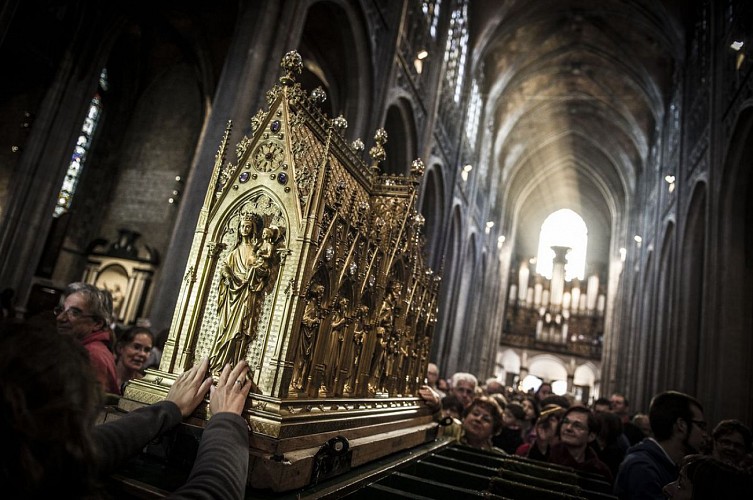 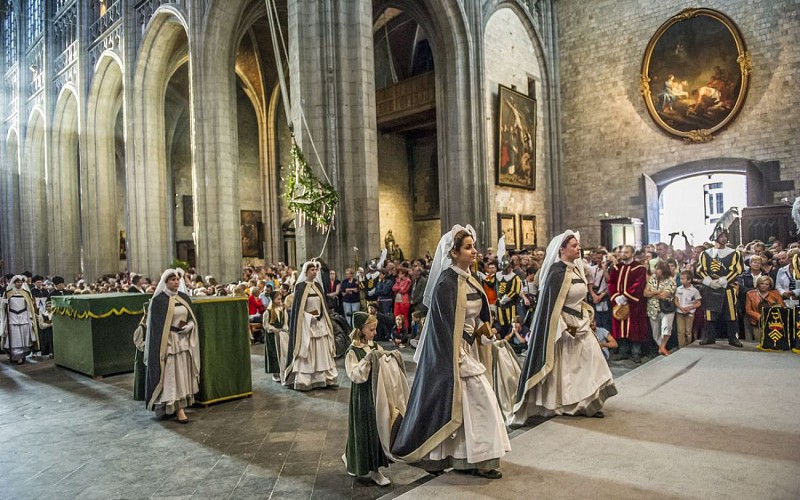 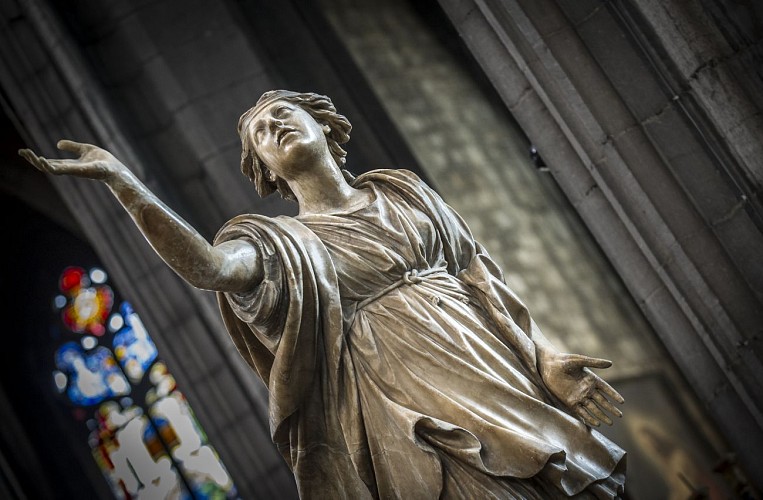 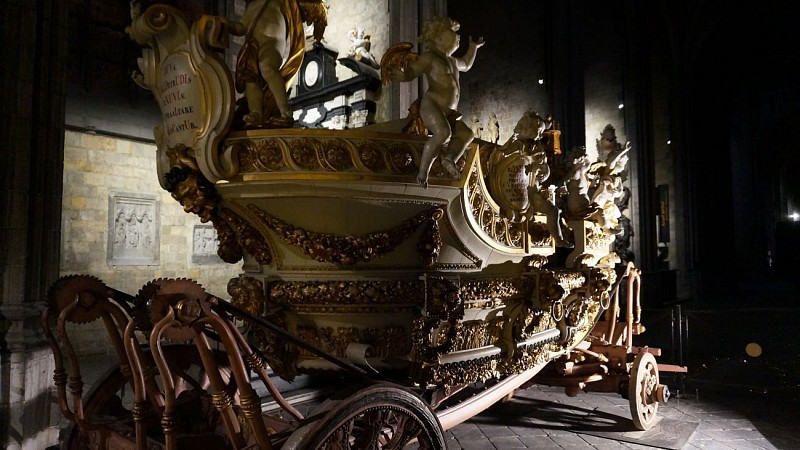 The construction of the present collegiate church began in 1450 with the chancel, which was finished around 1506. The transept was completed in 1527, and work on the nave lasted until 1621. Laid out in the form of a Latin cross with 29 chapels around the main nave, transept and chancel, this building is recognised as a leading part of Wallonia’s heritage.
It was the private and personal church of the Saint Waltrude canonesses, who had dreamt of crowning the west face of their collegiate church with a 623 ft high tower. This tower, of which the first stones were laid around 1549, was never finished, and work on it was finally abandoned between 1686 and 1687.
Do not miss :
The Treasury: one of the most beautiful collections of religious jewellery in Belgium.
The reliquary of St. Waltrude: one of them (la châsse) contains the body of St. Waltrude and the other (le chef) contains her head.
The works of Jacques Du Broeucq(1505-1584): a master artist of Emperor Charles V, he produced a Renaissance style rood-screen, of which only statues and alabaster bas-reliefs remain, mainly visible in the chancel and transept.
The oldest stained-glass windows: especially the five windows of the apse, done by a master glassblower from Mons and given to the church by the Emperor Maximilian of Austria in 1510-1511.
The sculptures: especially the statues in white stone of St Michael thrusting down Satan (15th century) and of St. Waltrude (16th century).