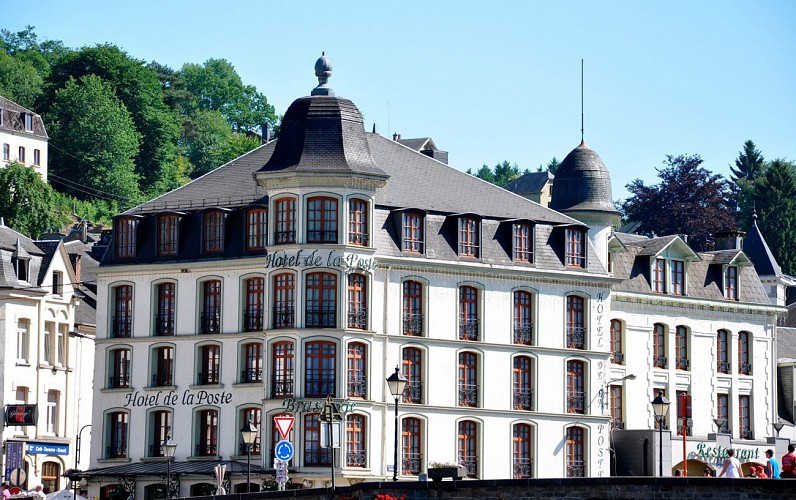 At the time of the two poets, there was nothing touristic about Bouillon. Paul Verlaine noted, in Sketches of Belgium: “The paved areas of Bouillon are horribly paved. You’d think they were pebbles, though we’re I don’t know how far from the sea. Little houses of uneven slate stones, covered with slate, too” It must all have looked grey and sad. A few kilometres away, the French army was routed at the battle of Sedan: haggard soldiers, mere shadows of the imperial army, wandered along the quays made filthy by the tanneries and overlooked by the gloomy ruins of the fortified castle. At the Hôtel de la Poste, Verlaine talked to the innkeeper who told him of the arrival of Napoleon III, before his captivity. “The Emperor was as pale as death. He sat at the head of the table, carved and served as the master of the house, with perfect sang-froid: all in silence; then he went straight up to bed.”

Not having the financial resources of an Emperor, Rimbaud and Verlaine stayed at the Hôtel des Ardennes.