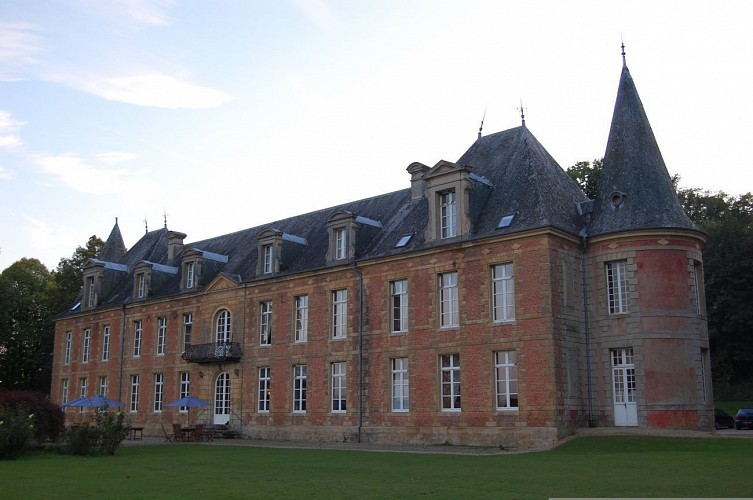 Septfontaines Abbey or musical chairs among the generals

The 19th-century castle was inherited from the abbey of the Premonstratensian Order, founded in 1129. Laid waste during religious wars and border conflicts, it was rebuilt by the order in 1698.
At the start of the 14-18 war, General Joffre set up his headquarters in the abbey: the rapid advance of the Germans forced him to leave the place very quickly. In September, Kaiser Wilhelm II settled in Charleville: he turned Septfontaines Castle into a casino where he came every day to take tea, accompanied by his senior officers. This game of musical chairs among the generals continued in the 1930s… General de Gaulle liked to stroll through the castle grounds with his wife.